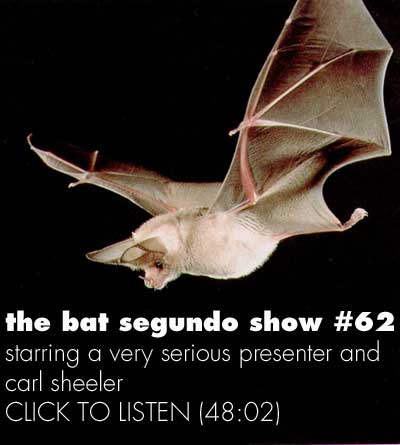 Condition of Mr. Segundo: Ejected due to the apparently “serious” nature of politics.

Subjects Discussed: Running an unorthodox senatorial campaign, Howard Dean, the similarities and differences between Whitehouse and Sheeler’s platforms, problems with Sheldon Whitehouse, on Sheeler styling himself as “the next Ned Lamont,” more problems with Sheldon Whitehouse, Rhode Island’s status as a blue state, efforts to determine Sheeler’s positions, even more problems with Sheldon Whitehouse, universal health care, negotiating the mechanisms of the Senate, on impeaching Bush and the Democratic silence, the monies available for universal health care, the baby boomer generation, generic drugs, the economics of expired patents, placing ceilings on oil and gas, speculation on whether Our Young, Roving Correspondent is a Republican, U.S. energy policy, the Manhattan Project, the U.S. energy infrastructure, hybrid cars, James Howard Kunstler’s The Long Emergency, alternative energy in China, the emerging middle class in India, the trucking industry, the expense of overhauling the energy infrastructure and the possible burden on the working class, Los Angeles, and the transportation grid.

[LISTENER’S NOTE: Due to a technical snafu, the final minute of this conversation was unexpectedly cut off. We apologize for this podcast’s abrupt ending.]

[INTERVIEW NOTES: The interview was conducted by telephone.]