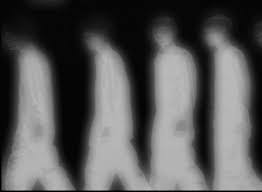 This five minute radio play, written and performed by Edward Champion, represents a transition point. It is a farewell to the kind of radio I used to produce and the beginning of a new form of radio I am currently producing. The play deals with mortality, connection, longing, judgment, and who we choose to leave behind as we continue our tricky march through life. It is a standalone play, one that represents a sneak preview for a rather massive and highly ambitious audio drama project that I will be launching in February 2017 with many, many actors.