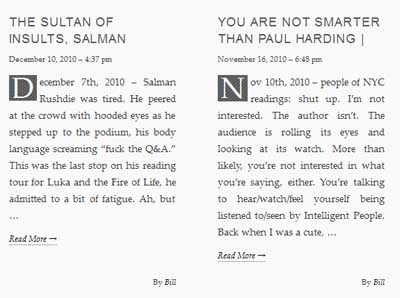 Bill Ryan is the proprietor of the website Insulted by Authors.