Kathryn Harrison is most recently the author of While They Slept. 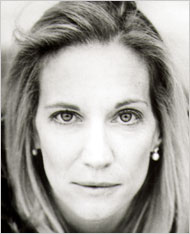