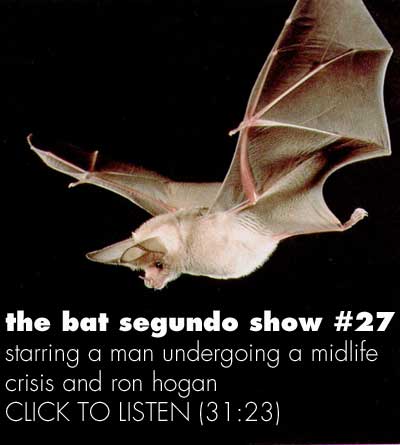 Condition of Bat Segundo: Frightened of the 1970s, abdicating his position to a maniac.

Subjects Discussed: David Frum’s How We Got Here, Peter Bogdonavich, how filmmakers and actors are responsible for their own legacies, Karen Black, the accidental nature of casting, whether or not the 1970s is the Great American Movie Decade, Peter Biskind, “one for them, one for me,” George Clooney, David Kipen’s The Schreiber Theory, movies as business vs. movies as art, Hal Ashby, Roger Corman, Brian De Palma, The Muppet Movie as Joseph Campbell-Candide epic and the film’s influences, what Ron did while crashing at Mark’s, the problems of post-1970 photographic film, coffee table book vs. chronicle of 1970s cinema, the influence of film critics, Shaft Goes to Africa, film against instantaneous culture, the culture of scrutiny, television shows on DVD, and a good deal of idle speculation.

[INTERVIEW NOTES: The interview was conducted by telephone.]