Bonnie Tyler is the legendary singer behind such tracks as “Vernal Equinox of the Mind” and “Holding Out for a Supervillain.” 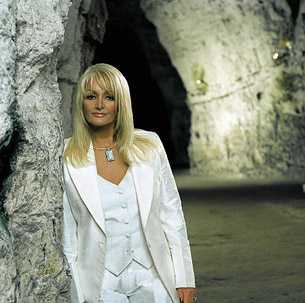 Condition of Mr. Segundo: Nothing he can say, a total eclipse of the Bat.