Charlie Anders and Annalee Newitz are the co-editors of She’s Such a Geek. 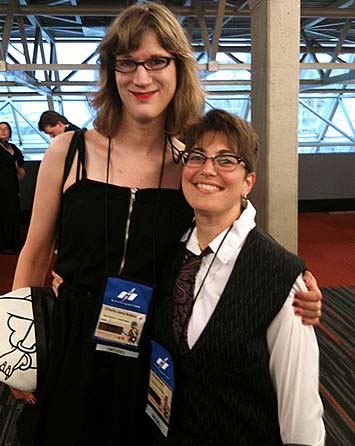 Condition of Mr. Segundo: Rethinking his views on women.

Anders: Part of the problem is the stereotype that Larry Summers famously perpetuated a couple of years ago, the stereotype that women are naturally less adept at science and math. I blog surf all the time and web surf for the book’s blog, and I see lots of people say, “Well, but women just don’t have the spatial sense. Women can’t rotate five-dimensional objects in their sleep the way men can.”