Naomi Wolf is most recently the author of The End of America: A Letter of Warning to a Young Patriot. 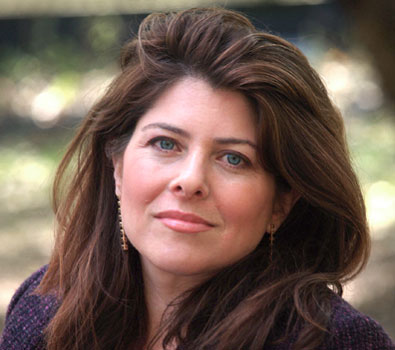 Condition of Mr. Segundo: Contemplating the end of The Bat Segundo Show.

Subjects Discussed: James Madison’s prescient statement about the American republic in 1829, the end of America, despotic blueprints, on the prospect of Americans taking up arms against the government, closed societies, the staging of “Mission Accomplished,” the efficacy of protesting, Nancy Pelosi’s ineptitude, the American Freedom Campaign’s failure to adopt impeachment as a position, Andrew Meyer and John Kerry’s failure to react, paramilitary forces crushing democracy, Blackwater, the Defense Authorization Act of 2007, the failure to restore habeas corpus, enemy combatants, what’s coming six months from now, the TSA watchlist and citizen intimidation at airports, Andrew Meyer remixes, the confiscation of cameras and laptops, fear and denial, Victor Klemperer, father metaphors for the President, the justification of torture, Page Six libel, Abu Ghraib, the PATRIOT Act and Barbara Lee, the possibilities of a transparent election in 2008, Hillary Clinton’s waffling, the assault on lawyers, whether progressives and the Daily Kos adequately question the Democratic Party, the abdication of paper ballots, and the Democrats raising the war debt ceiling.

Wolf: It is so important for us to look at this blueprint, because when we see all these pieces fitting together, we realize that we are in an extraordinary crisis point where we have to rise up. I would not say rise up with arms, but certainly take to the streets and press representatives and confront the abusers, like other democracy movements.

Correspondent: I suggest the rise up in arms with a certain degree of hyperbole. Because people are going to Washington. They’ve gone there to protest the last couple of weeks about the war. And there are people getting arrested for reading the Constitution on public property, on a place where they are supposed to have freedom of assembly. So given this, and given the fact that, well frankly, Nancy Pelosi isn’t going to proceed impeachment actions against Bush, so what then can we do?

Wolf: What can we do? You know, this is a very sad conversation in a way, although it will end hopefully. Because I’ll reach the answer in a minute. When I wrote this book, I thought it would be very controversial and that people would be saying, “Come on. Not America.” On the contrary. What I’m finding is that Americans across the political spectrum are already there. They know something very serious and dangerous is going on. And they’re saying what you’re saying, which is: We tried it all. We tried democracy already. We tried the marching. We tried emailing our Congress people. Things are shifting into overdrive. And you’re right to notice that. I mean, there’s this horrible phase in a closing democracy, when leaders and citizens still think it’s a democracy, but the people who have already started to close it are kind of drumming their fingers waiting for everybody to realize that that’s not the dance anymore.