Oliver Sacks is most recently the author of Musicophilia. 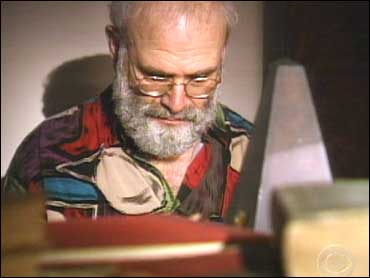 Condition of Mr. Segundo: Dwelling upon the rotten fruit that comes from musical relationships.

Subjects Discussed: Musicophilia, emotional responses in patients with dementia and Tourette’s, an amazing musical rendition from Alzheimer’s patient Woody Geist played by Dr. Sacks on his CD player, the relationship between music and the auditory cortex, the memory of performance, responding to rhythm, the overpotent stimulant qualities of music, earworms, music as “advertisements for toothpaste,” being bombarded with tunes in interior environments, the dangers of iPods, neurological speculation upon having a “soundtrack to one’s life,” musical hallucinations vs. brainworms, musical perception and “intercranial jukeboxes,” musical dreams and the hypnopompic state, the dangers of being oversaturated with sounds, pattern recognition, blind children and absolute pitch, famous blind musicians, septo-optic dysplasia, amnesia and the case of Clive Wearing, Chomsky and speculation upon a hypothetical innate musical theory, congenital amusia and those who sing out-of-tune, associating a song with a sound, and recent developments in melodic intonation therapy and the right hemisphere.

Correspondent: Really, what’s the difference between, for example, this innate idea of music and the kind of cognition in Clive’s head?

Correspondent: I’m sorry. The difference between the innate rules of music versus the cognitive processes that cause him to sing and perform quite well. What causes him to perform as well as he does?

Sacks: It is memory. It’s procedural memory. The memory of how to do things. And that — I don’t know if one needs to bring Chomsky into this.

Correspondent: You mentioned “anticipation is not possible with music from a very different culture or tradition.” So I didn’t know if you were making a comparison to Chomsky with this kind of proviso of…

Sacks: Listen, I think this Chomsky thing is a red herring. And I don’t know how to answer it properly.

Sacks: So let’s — and I think the business of Chomsky and implicit rules doesn’t have anything obvious to do with Clive’s memory.

Sacks: You know, otherwise we will get into a knot from which we cannot explicate ourselves.