James Lipton is most recently the author of Inside Inside. 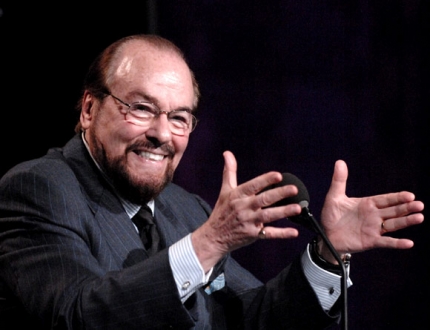 Condition of Mr. Segundo: Stepping away to preserve his dubious legacy.

Subjects Discussed: Lipton’s balance between writing about Inside the Actors Studio and writing about himself, throwing actors out of the Actors Studio, whether or not Lipton is still perfecting aspects about the show, the 1970s talk show environment of tables and chairs vs. the contemporary environment of desks separating interview from guest, scraping the set together in Inside‘s early days, why blue cards are used, training with Stella Adler, Lee Strasberg, cross-examination and interviewing, sense memory, the emotional unpredictability of interviews, preparing for an interview, the imposition of talking points, comedians possessed of genius, Robin Williams’s five minutes of improvisation, James Lipton the interviewer vs. James Lipton the actor, being mocked by comedy shows, Will Farrell, Conan O’Brian, Lipton living to mock himself, working on Bewitched, screenplays and John Cusack, whether actors exploit Lipton to get recognition and win Oscars, booking major celebrities at the expense of character actors, how actors are booked, the built-in audience of Inside the Actors Studio, the public coming to see stars, the practice of Bravo green-lighting guests, Bob Kerrey’s assault on the Actors Studio, the overarching (and overreaching?) common theme of parental loss among guests, the relationship between academics and television, staggering into things, self-consciousness, and whether Lipton cares about what other people think.

Correspondent: I’m also curious as to why you’re fond of describing throwing many of these people out. I think I counted at least ten times where you describe throwing Spielberg out, throwing Hopkins out. That kind of thing. Do you get a sort of perverse pleasure from throwing people out?

Lipton: No! What I was trying to demonstrate at that point was that this school, and the forum, the seminar that the public knows as Inside the Actors Studio is nothing more nor less than a course in the masters degree program of the Actors Studio Drama School, and that these people generously come. They get paid nothing. They’re not there to plug a movie. They come there solely because I say in my letter, “Will you come and teach our students?” And that is such a hypnotic experience for them. Such a mesmerizing experience. To be face-to-face with those masters degree candidates, who are very smart. Who have been picked by us out of thousands of candidates and come from all over the world. ‘Cause we’re in 125 countries with the show. That they become so obsessed with the process of teaching the students. That’s the last part of each show. That’s the last part of each evening. For an hour or two, the students ask questions and the guests answer them. And all I was trying to demonstrate was that they are with me for five or six hours and that, literally, if we would let them, they would stay all night. And of course, the students would too. Wouldn’t you? To be with Barbra Streisand for a long, long time. Or Spielberg. Or Billy Joel. Or Tony Hopkins. Or Dustin Hoffman. All of whom just kept going. Until finally at 12:30 in the morning, I said, “Look, these kids have to go to class in a few hours. Get the hell out of here.” And this wasn’t — there was no perverse pleasure in throwing them out. It wasn’t trying to exercise any authority, or command over them. On the contrary, I’d just stay there all night if we could have. But there were limits!