Richard Dawkins is most recently the author of The God Delusion. 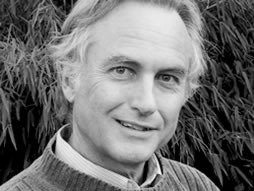 Condition of Mr. Segundo: Attempting to set up a tequila-faith based organization.

Subjects Discussed: The audience for The God Delusion, comparing an atheistic text to Satan, evolutionary biology and religion, charitable religious-based organizations, Mother Teresa, whether imaginary constructs are a bad thing, living in the real world, the assassination of Harvey Milk, Twinkies, “In God We Trust” and the American zeitgeist, on Dawkins being “a university person” speaking to university crowds, politics and atheism, Stephen Jay Gould and non-overlapping magisteria, language and religion, Marilynne Robinson’s review, logical positivism, love and perception, sexual lust, on deists being fools, the susceptibility of children, the advertising industry vs. religion, Jesus Camp, and extremists vs. everyday religious people.

Correspondent: What of love? You kind of go into this a little bit into the book. For example, speaking personally for myself, I’m madly in love with my girlfriend right now. But could I tell you — is there any sort of rational basis for this? No, not really. Would I do a lot for her? Well, absolutely. I would do all inexplicable sorts of things, that are completely irrational, for her.

Dawkins: Well, I’m delighted to hear that. I wouldn’t call them completely irrational. If you’re asking, how does either of you know that you love the other, then that is rational. I mean, that’s based upon evidence, that’s based upon little looks, smiles, catches in the voice, things you do for each other. That’s all evidence. Just because it’s subtle and complicated doesn’t make it free from evidence. It is evidence based. Of course, it could be wrong. But that’s always true of evidence-based belief.