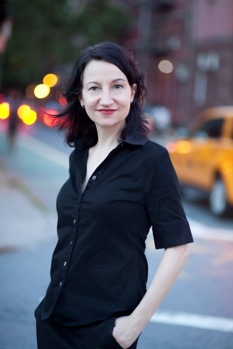 Jessie Sholl is most recently the author of Dirty Secret. Ms. Sholl will also be appearing at the Barnes & Noble Tribeca on Wednesday, February 2nd, at 7:00 PM.

Subjects Discussed: The genetics behind the hoarding impulse, being a material minimalist, the insides of Jessie Sholl’s apartment, trying to rationalize a hoarder’s explanations for hoarding individual items, information processing deficits, how a hoarder’s work environment affects the home environment, hoarding and nurturing, the Children of Hoarders support group, the high rate of nurses among hoarders, patterns of abuse, being tormented and teased by snakes, fondness and love, acceptance and forgiveness, contracting scabies because of another’s uncleanliness, sharing parental personality traits, being terrified by a terrible sense of direction, competing standards of cleanliness, contending with a potential subletter’s judgment, attempts to find monoglot pride, Clean House, why American culture doesn’t want to talk about hoarding, how thrift shopping serves as a false therapy, anonymity and layers of shame, Susan Nathiel’s Daughters of Madness, giving up privacy and personal identity when disseminating a shameful quality, the drawbacks of cleaning frenzies, doorbell dread, Homebodies, and apartment stints.