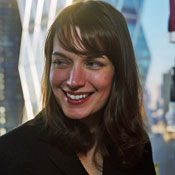 Condition of Mr. Segundo: Contemplating the usefulness of political candidates.

Subjects Discussed: Establishing the terminology of usefulness, the prisoner’s dilemma, usefulness and cooperation, restaurant managers, the publishing industry as a starting point, “suc lit,” coming from a cash-poor middle-class background, the office as the default work environment for the middle-class, the virtues of being yourself, modifying behavior, Steven Greenhouse’s The Big Squeeze, the point in which you can be yourself on a job, career suicide, Dale Carnegie and highbrow critics, John Cawelti’s Apostles of the Self-Made Man, class issues, Dianetics, readers who have found How to Be Useful quite helpful, Mark Ames’s Going Postal, Donald Trump, cruelty in the workplace, dignity and usefulness, the end of job security, usefulness and the social contract, Helen Gurley Brown, Mad Men, Who Moved My Cheese?, Napoleon Hill, Neutron Jack Welch, Werner Erhard, taking success too far, the 1970s as the low point of success lit, the infamous Fairchild memo from 2005, stealing office supplies, the cost efficiencies of filter mechanisms, young people who are too conscientious about company property, the art of self-deprecation, Steve Forbes’s sad efforts to flip a pancake in 1996, and faux humble beginnings.

Hustad: The book is, in part, a survey of the genre of success literature. And I spent a year of my life holed up in the New York Public Library reading all these books. How to Win Friends and Influence People, Think and Grow Rich!, the list goes on. And what they all say, at heart, is that you’re not going to be successful — in life, in your relationships, in your career, what have you — if you’re not fulfilling someone else’s needs. If you’re not being of use to someone else. And that usefulness is at the heart of success. And whatever needs you have will be fulfilled through being of service.

Correspondent: But isn’t that a bit of a Machiavellian scenario? I mean, I’m not looking at this conversation as, “Oh, Megan’s being very useful to me!” I’m actually just curious about your book.

Correspondent: So you can be subconsciously useful perhaps? I mean, how do you factor something like the prisoner’s dilemma into this situation?

Hustad: You’re going to have to tell me exactly, and perhaps remind your audience, what is the prisoner’s dilemma.

Correspondent: Well, the prisoner’s dilemma. You have two prisoners in a cell. If you rat on your partner, you will be let go for seven years or whatever the terms of the argument are. And so what ends up happening is that — if you have a little box here, a little four square box — if one rats on the other, it depends on how the circumstances play out. It’s like a big thing in game theory. It just comes to mind when thinking about usefulness.

Correspondent: Well, how so? Because the results are so terrible no matter how they end up!

Correspondent: Okay, but in the framing of this very influential theorem, which game theory is modeled upon, this is the ultimate way to perceive usefulness. Okay, I’ll get off of that.