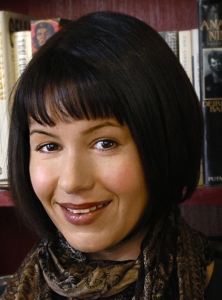 Subjects Discussed: Paul Ehrlich’s The Population Bomb, the proper response to reproductive rights issues, the damage of hyperbolic predictions, European birth rates, parental leave and working mothers, obsolescence and internal upheavals, the fear of Muslim populations in Europe, replacement fertility, the mommy wars, panic about the birth rate and public debate, the gender selection process in India thanks to the ubiquity of ultrasound, the lack of an anti-abortion movement and feminism in India, “seemingly liberated” women, Fuambai Ahmadu, female circumcision, cultural relativism, the Vatican’s role in the 1994 Cairo UN Population Conference, Eve Ensler and imperialism, Agnes Pareyio, the steamroller of globalization, the United States’s global gag rule on family planning, reaching out to conservatives, Africa and abortion, abortion-related mortality, the greater commonality among religious conservatives than with feminists, the UN Convention on the Elimination of All Forms of Discrimination and the United States’s failure to ratify CEDAW, whether or not international law has an impact on a national level in relation to reproductive rights, the Equal Rights Amendment, Reagan and the rise of the religious right, Ray Ravenholt’s birth control efforts in Pakistan during 1976, sophists and generalist arguments, Julian Simon’s comforting fallacies, George Lakoff, supply-side demography, and demagoguery vs. nuanced arguments.