Sally Potter is the writer and director of the 1992 film Orlando, adapted from the Virginia Woolf novel, which opens in re-release on July 23, 2010. 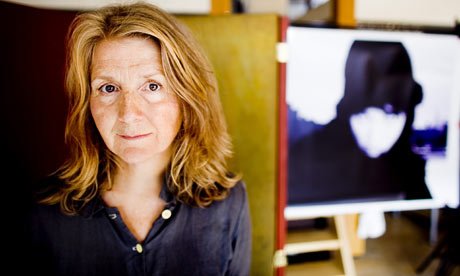 Correspondent: One interesting aspect about Orlando, from my standpoint, is that it’s almost a textual collage. You don’t really use a lot of the prose that’s in Virginia Woolf’s book. And if you do use it, you often modify one word or two words. There’s Spenser’s The Faerie Queene. There’s Joseph Addison’s The Tattler. There’s Shelley’s “I Arise From Dreams of Thee.” If you’re a literate person, there’s a smorgasbord of collage and possibilities. And I’m curious why you made this particular decision. Was the idea here to reinforce some of the sexism of the literary world? That Virginia Woolf’s true prose would not be represented in the film version of her work? What happened here?

Potter: Well, I think the essence of her prose is the skeleton of the film. I tried to make a distillation of what she’d done to further distill her own project of distillation. She writes in her diaries about wanting to exteriorize consciousness, writing in images rather than language. And where usually she was working with a kind of inner monologue — the stream-of-consciousness project through the word — in this case, she was working through the description of images that were like watching the inner mind unfold, but not as one individual’s mind. A kind of collective mind. Now she was also working with a tapestry of references. So the book is littered with one reference after another. When you go back to her diaries, and look at her essays — which I did — and go back to her sources, you see that she was doing a kind of postmodern collage herself.

Potter: So all I tried to do was stay true to that principle, but make it work in cinematic terms. Anything else would have been a disservice to her as a writer.

Correspondent: But in terms of using the other — mostly; in fact, all male — writers, instead of specific quotes — with the exception of, for example, the trial and the poetry scene with Greene, I’m curious how you made that selective process. Did some reference in the book cause you to grab for the Norton Anthology? What happened there? And also, I was curious in terms of changing one specific word from a passage. Did you encourage the actors to paraphrase from the script? Or did you actually have the…

Potter: Oh no no.

Potter: No. But I did so many drafts. My first draft — in fact, when I took it to my script editor at Faber & Faber. He picked it up, weighed it, and said, “Go and take out a hundred pages.” It was really long. The first adaptation. So it was clear that it had to be cut. And some words work spoken. And some words work written. And so through the very long development process — I mean, multiple redrafts and redrafts and redrafts. And Tilda [Swinton] reading aloud to me. And so on. First of all, I learned about the importance of things actually working, rather than working in theory, as you intended them, and to try to be very open to listening and observing what worked, and make things fit so that they had, in a sense, a natural feeling for voice and body of that particular actor who’s manifesting the idea. So that entails changing things from time to time. But, for example, Nick Greene’s satiric poem about Orlando and Orlando’s bad poetry are not in the book. I had to write them.

Correspondent: I figured as much.

Potter: From clues. So I had to fill in, in a way, certain gaps that, had she written them on the page, they would have had a different status. And also, from her, she does a sort of sketch of 18th century authors. And you know who she’s referring to. And again, I had to fill them with actual quotations. So my guiding principle always was: Stay true to the spirit and the intention, but not to the letter of the book.