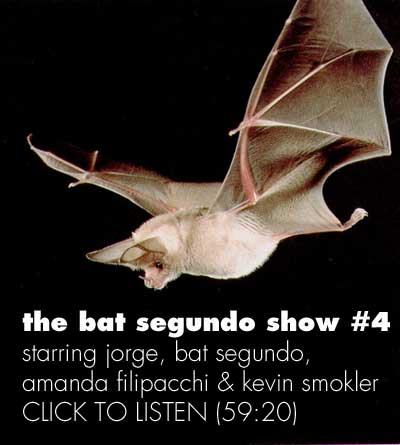 Condition of Bat Segundo: In an unspecified condition of “pain.” More sober than usual, pining for scotch and merlot.

[INTERVIEW NOTES: The interview with Amanda Filipacchi was conducted by telephone.]