Yannick Murphy is most recently the author of Signed, Mata Hari. 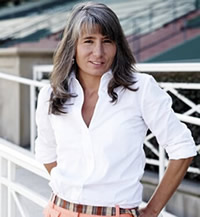 Condition of Mr. Segundo: Abdicating any and all Mata Hari dreams for a far more noble ideal.

Subjects Discussed: The juxtaposition of first person, second person, and third person within Signed, Mata Hari, the loss of Mata Hari’s voice within the novel, on not pushing a point of view upon the reader, balancing source texts vs. imagination, books that accessed some of Mata Hari’s closed files, how to work within the lack of non-specific biographical details, being a young mother in a foreign country, writing hyper-exuberant sex scenes, S-shaped and elliptical symbols, gibbons and the male gaze, the expressive possibilities of symbols, narrative transitions, extremes vs. gradients, the “third eye,” balding gentlemen, the importance of environment, the relationship between personal experience and objective data, dreams, on making Mata Hari’s husband evil, the oppression of women in pre-World War I, and novels telling unknown history.

Murphy: Well, I started off thinking that it would be just in the first person. But there was so much about her in later life that I thought her mature-sounding voice would need a second person. And that’s how the person began with “If you want to be a spy….” That’s how that voice came about. Because it showed her being more mature about the entire situation, about all of the conflicts that she had had in her life, and the first person worked for her as a young girl — for me, when she was a young girl. But then there was so much that happened in her life that I knew that that first person as a young girl, that particular sounding voice, wouldn’t work for the whole book. Because I wasn’t going to write a book that actually detailed every point of her life.