Matthew Sharpe is most recently the author of Jamestown. 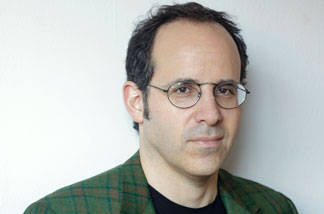 Subjects Discussed: Post-apocalyptic novels with a sense of humor, Cormac McCarthy’s The Road, allegorical representations of Jamestown, John Barth’s The Sot-Weed Factor, Afghanistan, parallels to Iraq and other military blunders, creation and transposition of vernacular, people named John, Buckaroo Banzai, the Bruces Monty Python sketch, reluctant communications officers, Ed Park’s review, the origins of the Internet, communicating into the void, mishearing things, the dangers of writing, New Journalism and the bus ride, As I Lay Dying, Susannah Meadows’s tone-deaf review, on excluding certain reader sensibilities as a writer, and the plausibility factor.

Sharpe: It’s been pointed out to me quite a number of times that mine is one of a spate of post-apocalyptic novel to hit the stands in 2006, 2007. And the only one I have read is The Road and I actually just read it a couple of weeks ago. There is really one very funny bit. There are a couple of funny bits. I actually do think that Cormac McCarthy has a wonderful understated sense of humor. But it’s not a laugh riot. I think — I suppose I have a number of predecessors or influences, when I don’t know if they’re necessarily apocalyptic novelists, but they are certainly war novelists, who I think are very funny. And Vonnegut and Joseph Heller are two obvious ones. Haruki Murakami, I think, has a great sense of humor. Donald Barthelme’s. I don’t even think I would consider them war novelists, but he — I’ve been influenced by the way that he writes about history. Even in short stories like “Cortez and Montezuma.” And then Susie-Lori Parks, I think, also is somebody whose hilariously funny and scathing about history. So I suppose these are my novels more than apocalyptic novels, per se. I guess Philip K. Dick has written a number of futuristic novels — again, not a hilariously funny guy. So I guess I’m not a terribly well-read person in areas of science fiction or even historical fiction. So I guess I’m deeply underqualified to be entering the genre. But I try to make up for it by being somewhat of a clown.