William Gibson is most recently the author of Spook Country. 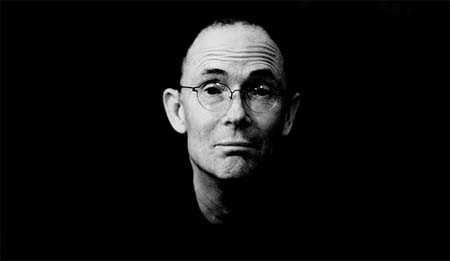 Subjects Discussed: Coats, blankets, and carapaces in Gibson’s fiction, textures, characters with shaved heads, on not having technological issues, the Apple Store, cell phones and the natural street state, obsolete technology and thrift shops, ZX81s, VR, sitting atop the technological anthill, the internal combustion engine, how to escape being handcuffed with a piece of a ball point pen, the origin of Blue Ant, color taxonomies, Belgians, locative art, rock ‘n roll novels from the 1960s, the downsides of sitting in a SFWA suite, Bobby Chombo, cigarettes, Cory Doctorow, GPS plausibilities, celebrity deaths, Philip K. Dick, Milgram and Dr. Stanley Milgrim, Norman Cohn’s The Pursuit of the Millennium, ghostly connections between Pattern Recognition and Spook Country, tripartite plot structures, writing while not knowing what was in the suitcase, extra-terrestrial artifacts in Baghdad, how to confuse John Clute, the historical record being determined by Wikipedia and Google results, Google Maps and street view, lonelygirl15, YouTube, Japanese behavioral protocols, responding to Ed Park’s theory about the old man and Win being the same character, unreliable narrators, and Iain Sinclair.

Correspondent: We were talking about the nature of blankets and coats that are in your work, that often protect the characters’ bodies.

Gibson: Warmy blankies in the work of William Gibson! Well, did you notice that a lot? Is it just that book? Is there something I’ve been…?

Correspondent: It’s also in Pattern Recognition, with Cayce and her — the blanket that she actually shifts with as well.

Correspondent: That industrial. And then she eventually goes back to natural blankets near the end.

Correspondent: It could be.

Gibson: The warmy blanky? Maybe so. Maybe so.

Correspondent: Well, maybe it goes back to Neuromancer. Cyberspace back then was very much a matter of being plugged directly in the Internet, before it was known as the Internet.

Gibson: Yeah, but it was never envisioned as a warmy blanky! (laughs)

Correspondent: No, but we’re talking very much about sort of this whole idea of the body protected against things. I mean, you also have a lot of side characters in your books that often have shaved heads. And there’s actually the moment in this where Milgrim actually gets a haircut as well.

Correspondent: I’m wondering how these textural elements relate to some of these, I guess, more corporeal ones.

Gibson: Well, not consciously. I mean, not that consciously. I think you’ve moved into the area of unconscious expression on the artist’s part. I mean, maybe, for twenty-five years, I’ve been working up my nerve to shave my head.

Gibson: Not yet, but soon. But I don’t know. Those are truly, you know — usually when people say they have questions I haven’t been asked before, it’s not true. You’ve actually managed to do it.