Claire Messud is most recently the author of The Emperor’s Children. 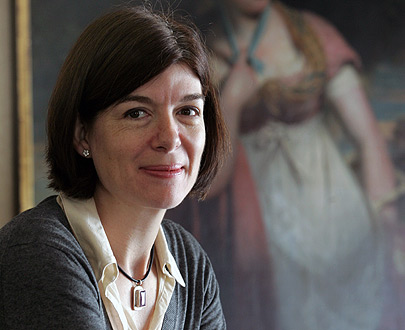 Condition of Mr. Segundo: Trying to locate his voice.

Messud: I always think of Annabelle as somebody who’s actually out there accomplishing things when nobody’s paying attention. But “revolutionary” is probably too strong a word for [Bootie]. He’s someone who’s going to unsettle things and try to change things. And he comes from a different place: mentally as well as physically. I think that, for me, there’s a tension in the novel, I suppose, between Murray Thwaite, Bootie’s uncle, who is an old-fashioned liberal, and Ludovic Seeley, who is the person to whom the word “revolution” is most often attached. And he is a sort of — a slippery fish. He’s somebody — truth is a changeable thing. Meaning is a changeable thing. What’s good is a changeable thing. And Bootie is somewhere in between these two. And he’s somebody who would like to emulate his uncle and admire his uncle, and finds that when he sees him up close, that he can’t fully do that.