Simon Winchester is most recently the author of A Crack in the Edge of the World. 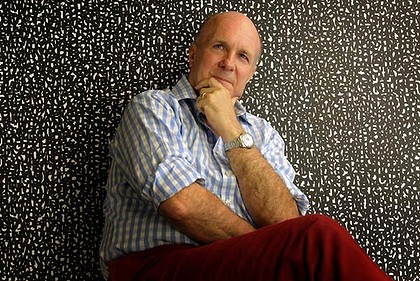 Condition of Mr. Segundo: Ready to drink geologists under the table.

Winchester: The San Francisco event was a minor seismic event, but a major social event and a major scientific event that had huge importance on American history. Because it was the first time in world history that we stopped looking at these catastrophes as the work of a malevolent god and started to look at them as a natural event which should be explained. And so instead of unleashing priests on the problem, which we did in Lisbon in 1755 and after Krakatoa — mullahs there, because it was Islamic — in 1883, we unleashed on the orders of the then Republican Governor of California — Mr. Pardee, a rather dull dentist — we unleashed scientists. And scientists gave us answers. And those answers are of such profound importance that niggling around with whether there were 500 or 50 or 300, whether they were shot, whether they died under falling buildings, whether there was a deaf fireman, are so unimportant. They’re the stuff of tabloid journalism. They’re not the stuff of history.

What I was attempting to grapple with in this book was a historical series of realities, why this was an important earthquake. And whether or not the casualty figures were 1,000 or 5,000 is more or less irrelevant. It was the aftermath, the impact on human society, generally that is important.

Correspondent: So in covering any sort of moment in history, it’s not necessarily the fatality —

Winchester: You don’t cover the moments in history. Journalists cover moments. Historians look back on them with perspective and have, I think, a wider view which does not encompass the tiny details of whether there was a deaf fireman shot. It’s of no consequence whatsoever.