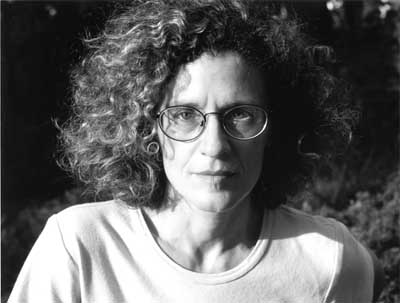 Jaimy Gordon appeared on The Bat Segundo Show #391. She is most recently the author of Lord of Misrule.

Condition of Mr. Segundo: Praying to equine gods for a better motel room.

Subjects Discussed: Dancing with award winners, the Gargoyle interview from 1983, how “the best young writers” change in an instant, Michael Brondoli, Tom Ahern, on not being terribly prolific, being cherished by 25 people, Shamp of the City-Solo, battling procrastination, subterfuge by husbands and publishers to get Lord of Misrule finished, inspiration points from John Hawkes, learning Italian, the use of Yiddish words in Lord of Misrule, referring to the same character from multiple vantage points, creating inconsistencies, Two-Tie’s philosophy of the world, private people who scheme, passing time and stories before radio and television, Cynthia Ozick, Marilynne Robinson, the pre-Internet storytelling culture, Steven Milhauser’s Edwin Mulhouse, Kellie Wells, the use of television in fiction, DH Lawrence and sex, staying “young” as a novelist, hanging out with criminals, being preserved by immaturity, the problem of not working enough, joy and ecstasy as a requirement, Nicole Krauss’s refusal to dance, Janet Maslin’s sense of “the exotic,” the National Book Award judges, Gordon’s explanation of her “churlish” speech, “A Night’s Work” as the origin point for Lord of Misrule, characters who escaped the novel, Two-Tie vs. Batman’s Two Face, the problems of drinking a lot, having an uncle as a loan shark, the multiple meanings of dirty books, the many ways that a grown man can get into trouble, using one’s own life as material, being a dark romantic, on not believing in real life, discussing opera with Bill Clegg, challenging Jane Smiley’s notion of the “narrowness of the world,” colors and description, the dangers of falling down the linguistic rabbit hole, unexpected methods of attracting regular readers, astute reviews from horse racing people, happy accidents in the author/reader relationship, vulgar desires to see one’s novel at an airport, the need to love literature, Donald Westlake’s Parker novels, how popular literature chronicles the underworld, Leonard Gardner’s Fat City, Balzac, the myth of pulp, loving horse racing despite its corruption, Czeslaw Milosz’s notion of America as a moderately corrupt country, the complicated emotional connections between humans and animals, and the paucity of fiction dealing with animals.

Gordon: I didn’t think I was writing this for the small presses. I thought that this was a book with some commercial potential. And I eagerly gave it to my then agent, who showed it to a few places and came back and said, “You know, Jaimy, I think you have to face it. You’re still a small press author.” I was very depressed and very mad. My agent and I — she’s a very nice woman, maybe not good for that kind of book — we parted company at that point. And I worked on the manuscript again for a few years. Sporadically. Took out of it some of the Medicine Ed material. About this 72-year-old illiterate groom who knows how to work roots, knows how to do folk magic, and is looking for a home. Trying to make this big score for that purpose. I reworked some of that Medicine Ed material into a separate story, which came out in Witness and I loved the way that that chapter came together. I decided I had to redo the novel that way. But I didn’t finish it before I was overtaken by the deaths of my two parents and other things that happened in the last decade. But anyway.

Correspondent: Did it require an ultimatum from McPherson? “Hey, Jaimy, you better finish this book!” Is this the only way to finish a book for you?

Gordon: At some point, I must have rashly promised him that he could have it by the summer of 2010. I’d even kind of forgotten about that. Because I’d many times vaguely told him, “Well, if no one else will do it, you can have it.” But I had meant to get it out there and sell it. And I do think that I could have probably found someone if I had really asserted myself. Gotten a new agent and so on. But I’m a procrastinator and easily distracted. And I forgot about it. And suddenly McPherson said, “Well, it’s going to be this summer, you know. It has to be this summer because I think this book could be a contender for the National Book Awards.” After I stopped laughing, I said, “Well, alright.” I figured this book has been sitting there. An unmovable, implacable obstruction on my writing table for the last ten years. At the least, I gotta get rid of it. I’ve got to get it out of my way. I said, “Alright. I’ll start revising it.” This was maybe back in May. But I didn’t start revising it. And I found out later that he and my husband, who’s also a writer — a German writer, Peter Blickle — were having conferences. “What are we going to do to get this woman back to work? She has to finish this manuscript!” And somehow McPherson got the brilliant idea of sending me galleys with this corrupt early manuscript. It was even the earliest manuscript.

Gordon: They must have sent him the file back before I even took the Medicine Ed material out. And so he sent me galleys. I mean, it’s easier now to generate galleys than it used to be. But he sent me galleys and he said, “Well, this is the book.” This is the book coming out in July. We’re sending this to press on such and such a date. And I was absolutely horrified. The biggest problem in getting back to work on it had been that, for five years, I couldn’t bring myself to read it. I could not make — I mean, it’s really hard to revise a book without reading it. And, for some reason, I just had an aversion to it. I know why it was. I’ll explain in a minute. But at this point, I was galvanized, horrified into reading it. And when I did, I thought, “This is not bad at all actually.” I had even forgotten a few subtle points of the plot. I found that I cried twice when I read it. I thought, “Well, you know, I must really have something here.”

Correspondent: Crying for the good reasons, I hope.

Gordon: Yeah, that’s right! I wasn’t crying because I thought it was so bad. I cried because I was moved at the plights of some of the creatures therein. But anyway.

Gordon: Oh, that’s nothing for me.

Correspondent: Really? Nothing? Why do you require publishers and husbands to play such tricks upon you? I mean, some writers make up the excuse, “Oh well, I’m always thinking about the novel!” or “I’m submerging myself in the novel when I’m not doing anything related to the novel.”

Gordon: How about “I was occasionally thinking about the novel?”

Gordon: Occasionally I thought about it.

Correspondent: Essentially, you’ve got a “My dog ate my homework” here. So what’s the real excuse?

Gordon: What do I do?

Gordon: Well, both my parents had lingering last illnesses. And they required care. But I was not — I’m one of five siblings. There were plenty of others. But nevertheless, there were very big events in my life. And then there was another family member who was sick. That took time. But what did I do to make myself better? Did I go into my study and write? No. I took Italian lessons. I got passionately involved in opera. In fact, I have to write some kind of a book about opera because I’ve spent so much of my time following opera in the last ten years. It’s the way horse racing was for me at a certain stage. So it’s going to be absolutely necessary for me to make use of it at some point.

Correspondent: Who was the novelist who said that the novel is everything that an author has been thinking about for the last five years?

Gordon: Who was that?

Correspondent: I’m blanking out on the name.

Gordon: The way I heard it, it was ten years.

Correspondent: Ten years. There’s variations of this quote. It seems to me that, for you, it’s actually the five years from forty years ago. Is that safe to say? Do you require a long introspection time before finally getting the project nipped in the bud?

Gordon: The truth is: this novel was substantially written between 1997 and about 2002. I know exactly the date because I was in the Fine Arts Work Center in Provincetown as a returning fellow on the beginning of a sabbatical in fall 1997. And it just so happened that John Hawkes, who had been my teacher at Brown, was there on a senior fellowship for the month. And I always associated my passionate interest in horse racing and my urge to write about it with him. Because he had written about racetracks in Sweet William and The Lime Twig. That’s probably the most famous of his novels that concern horse racing in any way. He was kind of a fantasist about horse racing, although eventually he bought a crippled old, once great stakes horse. Whereas I had actually worked on the racetrack. And when I saw him in 1997, I said, “I’m finally going to write that racetrack novel. I’m here to start it.” And he said, “Well, make sure you make the horses into real characters in that book.” Which I did, I thought. But it didn’t take an extraordinarily long time to write an advanced draft. I don’t write early drafts. I don’t tear through 400 sheets of paper never looking back. I construct every page and work on every sentence a long time. And I’m really fairly well along by the time I get to the end of the book the first time. But I also do a lot of new writing when I go through those pages again.