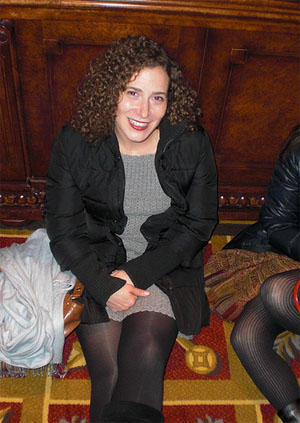 Subjects Discussed: Bridge to Terabithia and class distinctions, the Ramona books by Beverly Cleary, issues surrounding mothers working, reader perceptions vs. authorial intentions, how much an author has to do with the work, concern for redheads, The Moon by Night, The Gift of Magic, a streak of redheads in the Skurnick family, Pippi Longstocking, redheads as outsiders, Skurnick’s propensity for ALL CAPS, modesty vs. competent performance, Are You In the House Alone?, sitcoms and oblique references to rape, Hunter, The Facts of Life, very special episodes, afterschool specials using YA novels as source material, Mariel Hemingway, Judy Blume, Lois Duncan, reviewing many books by one author vs. spreading reviews among several authors, Lionel Shriver’s We Need to Talk About Kevin, The Post-Birthday World and similarities between Match Point and Double Fault, The Shining, reviewing The Clan of the Cave Bear twice, not having a definitive word on a particular subject, on not getting caught up with writing about too many authors, the YA category’s birth in the 1980s, Robert Cormier, “Shelf Pleasuring”, Scruples, Jaws, Graham Greene, market categorizations, Scholastic book fair sales, the Weekly Reader catalog, books for the 25-35 age demographic, read-a-thons, David Simon, M.A. Orthofer’s criticisms, Choose Your Own Adventure, Robert Heinlein, on boys reading books designated for girls, Flowers in the Attic, ghettoizing women writers, The New York Times Book Review, Mary Rogers, Freaky Friday,Superfudge, Louise Fitzhugh, merging of the sexes in previous generations, trivia competitions, sexism among college boys, women gravitating towards publishing jobs, the potential reception for Shelf Discovery, writing Sweet Valley High novels for 17th Street Productions, patriarchy vs. general elitism, Oz books by L. Frank Baum, on books with young men making the front page of the NYTBR, what books are taken seriously, Jacob Have I Loved, Portnoy’s Complaint, Wifey, hysterical vaginitis, Kin Flicks, women having a hard time getting satisfaction, gonorrhea as punishment, Pretty Woman having a “happy ending”, sex & shopping books with nuanced roles about men and women, Island of the Blue Dolphins, bad accents in period pieces vs. overly formal internal monologue, Sherman Alexie, being strategic towards a market that does not exist, blogs as a new form of writing, pressure of wanting to be like the pretty girl, today’s teens needing to be little adults to be as interesting, Naomi Wolf, training kids to make a nation, the problem of well-rounded individuals, The Babysitters Club and Gossip Girl as part of the book packaging factory, Meg Cabot, cruel mothers, Daughters of Eve, The Red Pony, The Old Man and the Sea, a documentary on To Kill a Mockingbird, Scout’s loneliness, and the quietness of childhood.