Lydia Millet is most recently the author of How the Dead Dream. 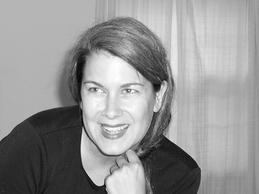 Subjects Discussed: The “nation” of ideology, empathy as an endangered species, graying hair color compared against graying landscape, obnoxious cell phones, subconsciousness vs. the innate design of a novel, the life cycle of animals, wild pastures that “bear fruit,” big novels, finding a middle road between John Irving and William Gaddis, the short books of Gaddis, being underedited, Richard Nash, the blank pages vs. calibration, the How the Dead Dream trilogy, the instinctive pursuit of concision, living in a green desert, global warming, answering pessimism with a novel, activism as a grind, being around lawyers, the relationship between humor and pessimism, cartoon-like peripheral characters, earnestness, cruelty at zoos, accredited zoos, and trying to avoid patterns.

Millet: Humor for me has to be a part of everything that I write. I mean, I’m not saying that it’s always successful or anything like that. But it has to be part of it for me. Partly because the lexicon I was just talking about is a very earnest one. And I get so sick of earnestness. On the other hand, I really don’t have much time for the sort of cynicism that completely decries earnestness. So I want to forge a middle ground between those two. That’s why I end up having these very cartoonish characters. Even in this book, which is sort of a serious book. But there are all these cartoon-like peripheral characters. And I can never seem to give those up. You know, the Fultons.

Correspondent: Well, they stand in juxtaposition against earnestness. I mean, what’s so wrong with earnestness though? How would you define earnestness?

Millet: That’s a really good question. I guess it’s a humorlessness that is purpose-driven. That talks only about — you know, that’s a really good question. Because there’s earnestness and then there’s irony. And there’s always these twin poles. And I want to live in a world that contains both of them really. And so my books — and certainly this one — try to do that. I think that you can have irony without being cynical. And I think you can have earnestness without being repulsive. Or without being off-putting. There’s a way to talk seriously about things and not be devoid of laughter, I hope.

Correspondent: I think what you’re objecting to is not so much earnestness. Because empathy and hope and doing something, that’s a very earnest…

Correspondent: Yeah. And I don’t see anything necessarily wrong with that. But I think what you’re…

Millet: It just has to be interesting. That’s all.

(To listen to our previous conversation with Lydia Millet, go here.)