Fiona Maazel is the author of Last, Last Chance. 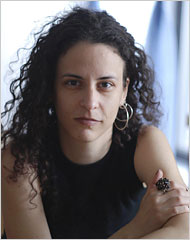