Sue Miller is most recently the author of The Senator’s Wife. 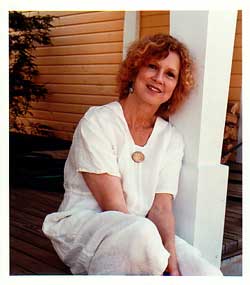 Miller: Asa, I like, because you can call him Ace. Which his brother does. And Meri, I thought of — it’s her nickname. But quite honestly, they just seemed interesting to me.

Correspondent: But the marriage connotation had not occurred to you?

Miller: It had not occurred to me at all. Yeah.

Miller: It’s all up to you. Whatever you want to put in…

Correspondent: But it’s so there though, you know?

Miller: Well, absolutely, if you think it’s there, it’s there.

Miller: And I’ll take credit for it too.

Correspondent: Sure. It was your great genius that concocted this.