Dave White is the author of When One Man Dies. 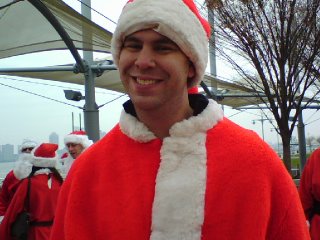 Subjects Discussed: John Donne quotes, first names and hangovers, Billy Martin and the Yankees, war veterans, color blindness, Anthony Burgess, first-person and third-person chapters, having an antagonist who continually pines for a protagonist’s death, rhythm, Taylor ham and eggs, New Jersey culture, the spelling of Jack Daniel’s, invented private investigative tricks, the problems of ordering a pizza by cell phone, Jackson Donne’s tendency to throw money around, whether one can cut a driver’s license with a Swiss Army knife, Jon Bon Jovi, women and service sector jobs, music, the reliability of Glock guns, whether “sailing away” is a peaceful phrase, burgers as sustenance, drugs and teachers, stoner stereotypes, sentence fragments and commas, newspaper journalists, and hubristic statements from New Jersey.

Correspondent: But surely colors and textures, these things have value too? These things trigger memories as well!

Correspondent: These things often trigger family memories. At least for me.

Correspondent: I was just going to ask you. Because Burgess in this book — I was wondering if you were familiar with Anthony Burgess. Because he was also color blind. I’m not sure if you knew that.

White: I did not know that.

Correspondent: That’s why colors were tricky for him too.

White: Yeah. I did not know that. I’m not familiar with Anthony Burgess.

Correspondent: Are you familiar with any Burgesses?

White: Wasn’t the guy who played the Penguin in the Batman series…?

White: I know, but that’s the only Burgess I could think of.

Correspondent: Why didn’t he squawk like a penguin in this then?