Mark Sarvas is the author of Harry, Revised. 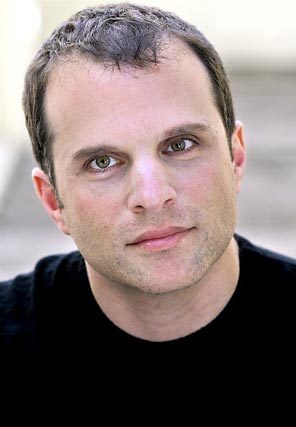 Condition of Show: Concerned with revision. 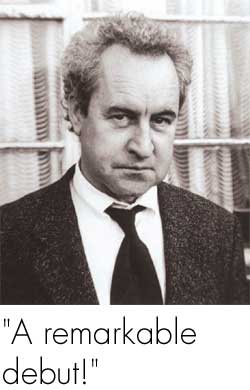 Correspondent: Anna is actually a palindrome. Is that intentional?

Sarvas: No. And the thing that really troubled me with Anna was that I was, I think, a year and a half into writing this book when John Banville’s novel, The Sea, came out. And in The Sea, the main character Max is mourning the death of his wife Anna. And I thought, “Oh my God. Everybody’s going to think that this is my Banville homage.” And this was really not. I was looking for a simple and an elegant name. And Anna floated into my mind. That was a more instinctive choice than anything else.

Correspondent: And yet there’s inarguably an elegant variation in this. I have to ask you about “a dancing St. Elmo’s fire of the groin.”

Correspondent: This was really — all you had to say was that it was an erection.

Sarvas: Well, see, you mentioned that. You sent me a text message, and…

Correspondent: I asked five people about this and they said, “What the fuck?” (laughs)

Sarvas: But, and look. First of all, this is a book of nearly 300 pages. Not every single metaphor’s going to sail. There will be those that don’t.

Sarvas: But to my mind, I was not describing an erection. I didn’t intend to. And the fact that you thought that that was what I meant argues that I didn’t do my job well. Because what I was really hoping to describe. And this is perhaps not the stuff of a normal Segundo podcast and I hope my wife isn’t listening to this….

Sarvas: …is that weird sort of tingling, pre-erotic moment that announces the onset of an erection. Where you’re beginning to feel that surge, that electricity in that way. But you haven’t actually flown the flag up the pole yet. And that’s what I meant. If I wanted to say erection or boner or some other, I would have said that.

Correspondent: But the fact that it’s ambiguous is very interesting. Because then it leaves — I mean, this could be discussed endlessly in book clubs across the country.

Sarvas: And I think it’s actually better that way.

Correspondent: It’s the phrase that definitely I can’t get out of my mind and makes me look at you in a sort of cockeyed way.