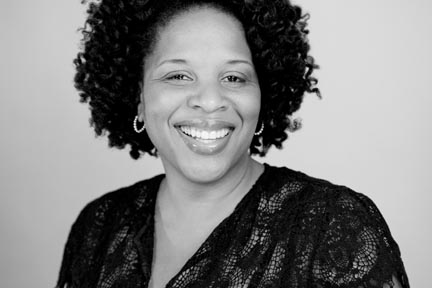 Tayari Jones is most recently the author of Silver Sparrow. She previously appeared on The Bat Segundo Show #99.

Subjects Discussed: The limitless stories contained within any one city, writing about Atlanta, not living in a place you’re writing about, unanticipated shifts in character perspective midway through a massive project, numerous tips from Ron Carlson, tapping out a voice, writing a last chapter from every character, the origins of Raleigh, Hemingway’s iceberg theory, inventing an extended family and ambiguity, the two types of writers, working things out on the page, finding the story from a large bundle of pages, James’s stammering, being attracted to characters who are autonomous entrepreneurs, American fiction’s failings in depicting work, bigamists, how fathers are evaluated, whether bigamy is a pack of lies, taking lines from ridiculous ex-boyfriends, perspectives guided by time and situation, [12]

Correspondent: I also wanted to ask you about James’s stuttering. This was a very interesting character quality. Because here’s a man who has two wives and it seems almost as if he’s stuttering wives. And so I’m curious about when the stuttering entered into the equation of his character. Was it there all along? Or did it come as you were writing the dialogue?

Jones: James always had a stammer. I knew that I didn’t want him to be like a smooth operator. Two wives, two kids. I wanted him to be kind of an awkward person and, in a way, with his two wives an embarrassment of riches. He can’t believe he had one wife. Now he has two wives. So his stammer just came as this kind of awkwardness for him. I don’t remember coming up with it. It’s always been a part of him. I mean, one of the things that came later for him was his profession as a driver. And that came later. He needed something to do. And he needed something to do that would allow him to have these two wives. And I was thinking, “Oh, he’s a driver.” And I liked the idea of him being an entrepreneur. I think I’m attracted in stories — because I have one in Leaving Atlanta — of these men who are their own bosses. They’re not rich. But they’re their own bosses. This kind of autonomous man.

Jones: And they get written up in their local paper in small articles. Like they have lives to be proud of. But they’re not rich. And I like my characters to work. I like my characters to have jobs. I hate the way that in so much of American fiction you have no idea how these people are supporting themselves. Every person in this story has a job.

Correspondent: Or worse yet, you have the protagonist as a writer or an artist or some sort of stand-in for the actual writer who’s writing.

Jones: Or you give them some crazy inheritance.

Jones: So that the story can happen. You need your character to take a nine year trip. But you have to give them an inheritance to take the trip. Which makes them in a different class. I think that real stories happen as people work. I know my life is happening. And I work every day. So I like to write characters as well.

Correspondent: This also leads me to ask. Did you contact any bigamists? Whether past or present practitioners?

Jones: No, no. I don’t know any bigamists. But you know, the thing about people having these half-siblings who share a father, I know a lot of people who have called them silver sparrows. I know a lot of silver sparrows. And I have talked to a number of them. Everywhere I go, I meet one. Since this book has not even been out, since it’s been in the world and people know it exists, I get emails from people that say, “I’m a silver sparrow. My father had another family.” And I’m interested in this idea of how do you evaluate a father. Because there are a lot of men with more than one set of children. And the different children have a different relationship. Just the other day at the Florida festival, a woman said to me that she had written on Facebook her status on Father’s Day. You know, “Happy Father’s Day to my amazing dad. La la la la.” And she saw her sister, who has the same father and a different mother. And for her status, she wrote, “I never had a father because the coward wasn’t there.” And it’s the same man. Is he a good man or not? How do you judge him? Do you judge him the way that he treats his best child? The way he behaves best? The way he behaves worst? Do you come up with an arithmetic mean? What do you do? So many people have this issue.

Correspondent: You approach bigamy from the vantage point of “This is a pack of lies.” On the other hand, what is a novelist but someone who also promulgates a pack of lies? Who is worse? A novelist or a bigamist?