A rudimentary site for the Bat Segundo Show is now up. More to come. 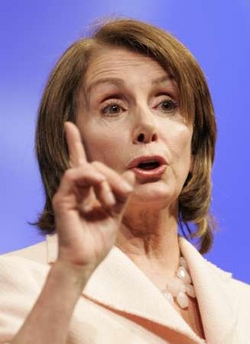 Sarah has an interesting post about mass market paperback ghettoization. She writes:

But sometimes, it makes sense for a writer to be published in mass market PBO. Especially if they haven’t been heard from in some time. After the jump, I’ll talk of two writers being re-introduced using a marketing strategy that’s worked well in romance and might prove useful for mysteries as well.

She points to Paul Levine and John Ramsey Miller, among many others, as examples. And while Sarah’s dealing specifically with mysteries, I should point out that if it’s an author’s intention of being read, the mass market paperback route might yield better results than a hardcover or even a TPB — assuming, of course, that a regular audience picking up a book at an airport is the audience. Which begs the question: Is it viable for a literary title (say, a midlister) to be released in mass market paperback format? Might today’s publishers be losing a younger audience by not releasing their hot literary titles in MMP?

Beyond this, the most immediate example of an author using the MMP route that comes to mind is Gregory McDonald, whose Fletch books were released solely in paperback and drew an audience this way. (And in an entirely unrelated note, McDonald used the series format to jump around in sequence. The limitations of Fletch, for example, being in Rio with $3 million forced him to think creatively about Fletch’s aftermath.)

International Herald Tribune: “A statement Friday said that Menezes’ ‘clothing and his behavior at the station added to their suspicions,’ apparently referring to reports that he was wearing a bulky jacket on a summer day.”

Wired:”Cell phones know whom you called and which calls you dodged, but they can also record where you went, how much sleep you got and predict what you’re going to do next….People should not be too concerned about the data trails left by their phone, according to Chris Hoofnagle, associate director of the Electronic Privacy Information Center. ‘The location data and billing records is protected by statute, and carriers are under a duty of confidentiality to protect it,’ Hoofnagle said.”

Shurrrrrrrrrrrrrre, Hoofnagle. And the Patriot Act wasn’t just extended for another ten years. And there’s a bridge in Brooklyn I’d like you to buy.