There is little to be said about Mel Gibson that hasn’t been said already. But I have to ask why Gibson’s anti-Semitic remarks, which shouldn’t have shocked or surprised anyone, have even the Hitch contributing a rant. Anybody who has been following Gibson’s paranoid answers to interview questions, the demented one-frame cameo appearance in the Apocalypto trailer, and his insistence that Jews be maligned (without the consolation of subtitles) in The Passion of the Christ should know by now that Mel Gibson is as feral and unstable as Martin Riggs. His comments were depraved, hateful and clearly the heartfelt vitriol of a kook caught drunk. But why do the words of a Hollywood superstar dwarf the hatred spewing in Israel and Lebanon? Why the outpour from Gibson fans and blogs and cultural commentators? There’s a bloody war going on right now. Could the Western world be so hopelessly swirling within the seductive spiral of celebrity that it is only capable of understanding anti-Semitism and hatred through the likes of Mel Gibson? Is that how low the bar is now set?

I won’t abjure myself of cultural navelgazing. I’ve been just as guilty too, but let’s put this into perspective. 37 children died because of an air strike on Lebanon within hours of Gibson’s arrest. Do you mean to tell me that it takes a Mel Gibson arrest to get people aware of hatred these days? Has our culture become so depraved that gossip means more than the lives of children? Have we reached the point where we have merely a refractory Hollywood context for the way we perceive the world?

The big issues now making the rounds: What does this mean for Gibson’s career? How will Apocalypto make money?

I’d like to put forth some more profound questions to think about.

Is it possible to reconcile Israel and Palestine, much less Israel and Hezbollah? Why are the United States and the United Kingdom the only nations championing Israel? Will Iran get involved? Will this mean more American involvement? More lives lost? More hatred unfurled?

All of these are difficult questions to answer. They’re neither as easy nor as satisfying as pointing to Mel Gibson and saying, “There is a man who, in his own words, fucked up. There is a man who has problems.” But perhaps we should be pointing the fingers at ourselves instead. Here is a nation that has perception issues. Here is a nation that has fucked up.

You know that John W. Campbell series of stories, beginning with “The Machine” and continuing with “The Invaders” and several other stories in The Machine series? In this series, The Machine grants humanity everything it wants. Humanity becomes indolent. Ambition dissipates. And aliens easily conquer the planet Earth. I’ll never forget the way that Campbell describes the sense of horror that kicks in, where humanity, stunned by the fact that it has been coddled for so long and has never known anything in the way of self-sufficiency, lets out a great collective cry as it realizes how naked and vulnerable it is against the invaders.

As it turns out, Campbell may have been right all along. We do seem to be heading that way.

According to the Amazon Bookstore Blog, a new William Gibson novel is set to be released in the middle of 2007. Some portions of the new novel have been posted on Gibson’s blog.

IOL: “The gorilla is threatened with extinction by the mid-21st century if poaching and destruction of its habitat continue at the current rate, the United Nations (UN) has warned. Within a decade, three of the four sub-species of the great ape could be wiped out, it says.” (via Number One Hit Song)

New York Times Corrections: “A film review on Wednesday about ‘Little Miss Sunshine’ referred incorrectly to contestants in the fictional children’s beauty pageant of the title. The critic intended to compare the contestants to underage prostitutes, not to ‘underage fleshpots.'”

Editor and Publisher: “‘The online editions of newspapers are providing a bit of a life raft for newspapers,’ Kohut said. ‘But it’s a pretty small life raft.'”

Seattle Post-Intelligencer: “Though romance writing remains an almost exclusively female vocation, some men have ventured into the field. Former Green Beret Bob Mayer, who has written many non-romance books under his own name and under the pen name Robert Doherty, teamed up with veteran comedic romance writer Jenny Crusie for a military romance called ‘Don’t Look Down,’ released this year.”

New York Times: “The Washington Post, The New York Sun and The Daily Oklahoman, in Oklahoma City, have contracted with an online news aggregator, Inform.com, to scan hundreds of news and blog sites and deliver content related to articles appearing on their Web sites, regardless of who published those articles. Links to those articles will appear in a box beside the site’s original article or within the text of the story.”

I’m wondering if this is a desperate effort to hijack Technorati. Will weblogs be shut out or ignored, even as they break news stories such as Thomas Pynchon’s new book, the Zoo Press literary scandal, Rupert Thomson’s film adaptations or call John Freeman on flummery?

Benjamin Kunkel on Samuel Beckett: “Easy on the eyes, Beckett is, however, a hard read. His plays continue to be performed, but as a novelist—and he considered playwriting ‘mainly a recreation from working on the novel’—he is increasingly more honored than read.”

Cerado: “In an exclusive e-mail exchange with our editors, the reclusive vowel talks about what he’s been doing since the year 2000, his investment strategy, and his thoughts on whether we’ve entered a new technology bubble.” (via Laughing Squid

BBC: “Speaking to the Radio Times, the Evita composer said he did not have ‘a huge desire’ to write another musical.”

The London Times: “And that, I think, explains some aspects of the critical response. They want their terrorists to be explicable in the most banal terms. Kakutani, for example, whines on about ‘factors’ that do or don’t explain Ahmad’s conversion to terrorism. But great novelists know that people do not act according to ‘factors’. Updike’s Ahmad is as clear an illustration as one could have. The public enthusiasm for the book is, I think, a matter that lies far beyond the terms of critical discourse. Since 9/11, the Americans have been seeking authoritative voices to tell them what is going on…..Nothing has quite worked. In now turning to Updike, they are simply looking to a man whom they must sense is one of their finest. What does this snowy-haired sage have to say about it? They won’t be disappointed.”

For what it’s worth, I actually liked Terrorist, despite its narrative flaws. And so, apparently, did Ian McEwan. My own theory for why it was so critically reviled is because Updike dared to be sincere about his underlying humanism. (In fact, I would compare the book’s mixed reception to that of Richard Powers’ Gain, a novel that was slammed by some for reviving a Dreiser-like concern for corporate responsibility.) If one can set aside one’s personal ideology and read the book as an exercise in consciousness, then I think there are aesthetic rewards which excuse the book’s clunky vernacular. (via TEV)

So there’s a mysterious publicity stunt that was announced over at Galleycat. Apparently, a book that will have an initial print run of 300,000, categorized as “Biography & Autobiography” and “Childhood Memoir” will be revealed on August 10. The book will be published under the William Morrow imprint and will be “a shattering, provocative and mesmerizing true story.” The ISBN number is 0061138959, but alas, there is no trace in this ISBN directory or this one. There’s nothing in the Library of Congress either.

There are a few things to consider here. The book is timed around the fifth anniversary of September 11 and it will come out just before the November midterm elections. This suggests to me that the book will be political, likely leftist, in nature.

Bill Clinton and Al Gore, the two most likely politicians to have this kind of pull, aren’t HarperCollins authors. Neither is Al Franken. Barack Obama has already written a memoir.

But Michael Moore is a HarperCollins author. And I have a feeling he might be the mysterious author here. Think abuot it. Moore hasn’t done anything since Fahrenheit 9/11 and has been trying to figure out a way to damage Republicans since the 2004 election. Consider his statement back on November 5, 2004, whereby he noted that “we’ll need the element of surprise in 2008.” In fact, on April 16, 2005, he solicited his fan base for ideas on “what our next move should be.” In other words, Moore has been stewing over this question for quite a while. And given that a book’s production cycle is about a year and a half to two years, it is possible that he came upon the idea shortly after his solicitation and pitched it to HarperCollins.

Stupid White Men was a Regan Books release and went on to sell 481,343 copies. Those kind of sales would justify a 300,000 print run. In fact, Stupid White Men shares the publisher identifier number in the ISBN number that was released. The mysterious book’s ISBN is 0-06-113895-9.

So why put a populist like Michael Moore on its distinguished William Morrow imprint? Answer: They know that Moore’s books will sell like hotcakes. Let’s not forget the big flap over Stupid White Men, where Moore was asked to tone down a few sections of the book. And given Moore’s history of temper tantrums, I suspect that HarperCollins’ top brass decided to play to Moore’s ego by making this surprise announcement.

Is this an attack piece on George Bush’s childhood?

I will put in some phone calls into HarperCollins to see if they confirm or deny that the book in question is Moore, as well as look into getting more info on the ISBN number.

In the meantime, perhaps someone with a Books in Print account might want to look at the ISBN number. 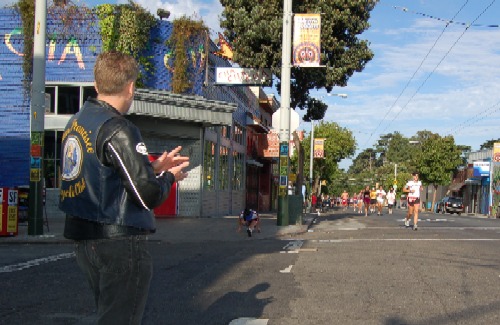 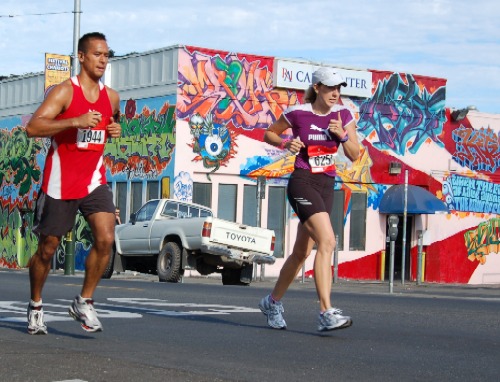 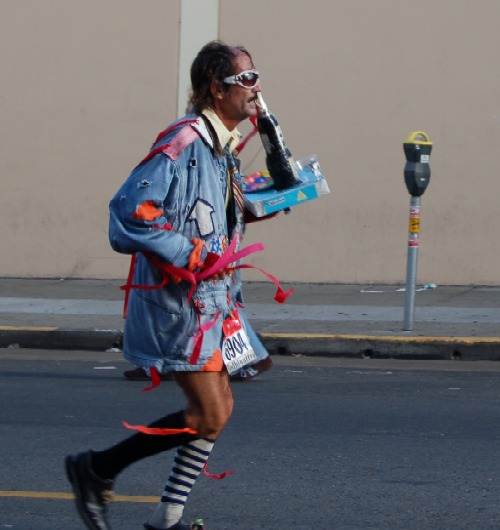 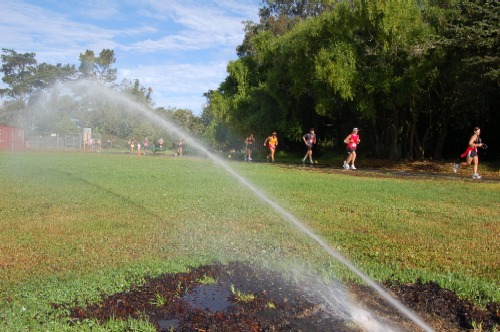 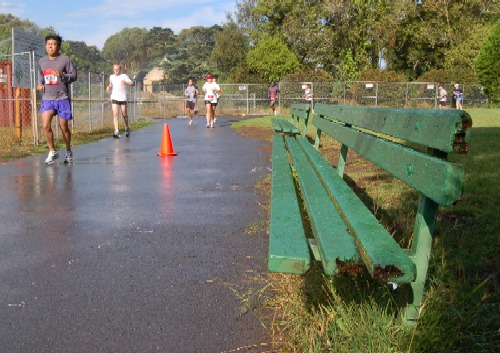 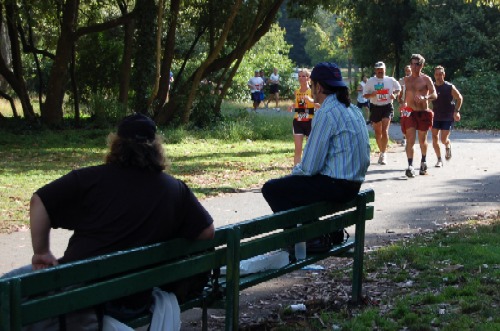 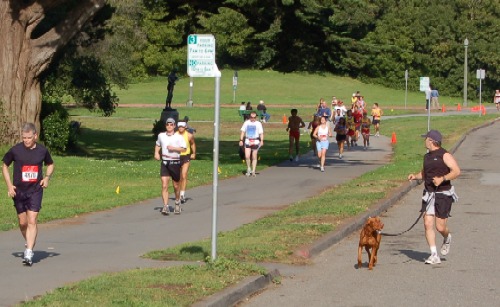 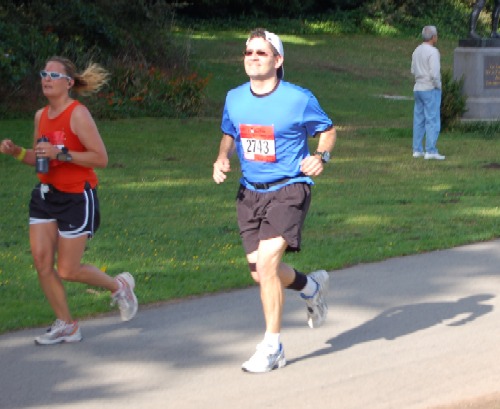 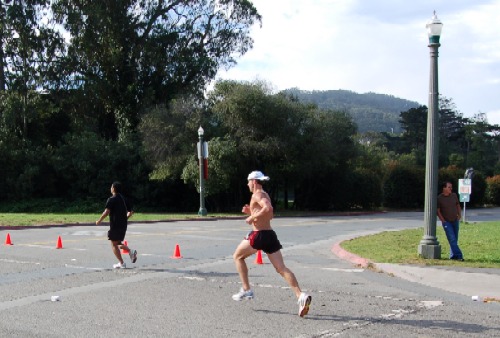 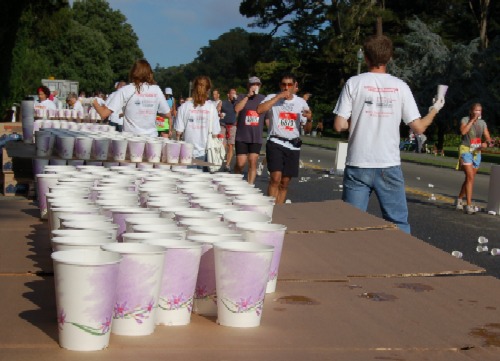 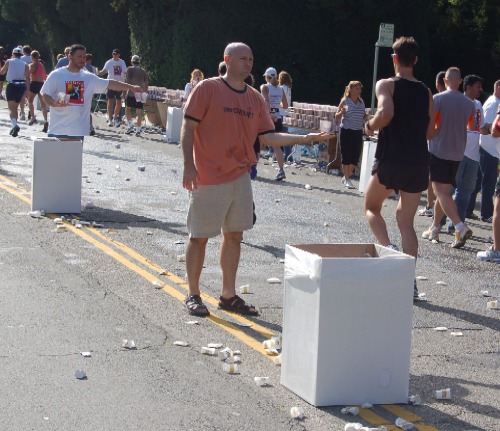 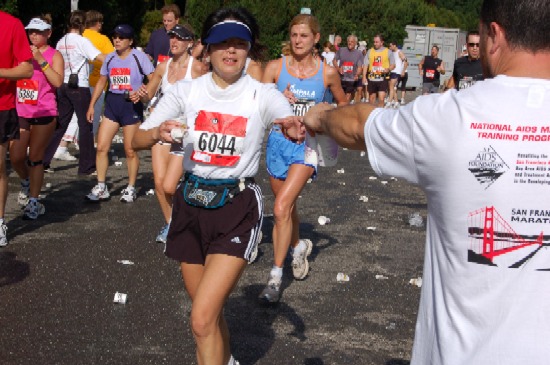 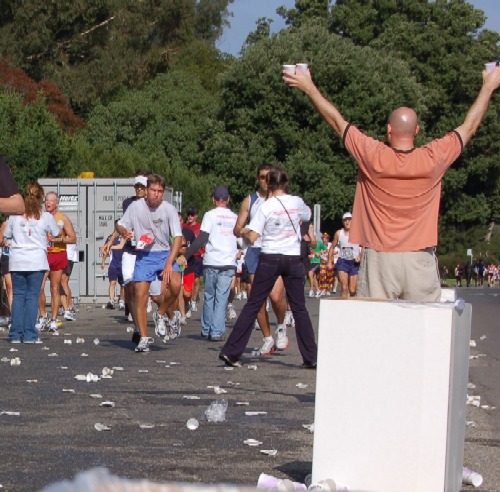 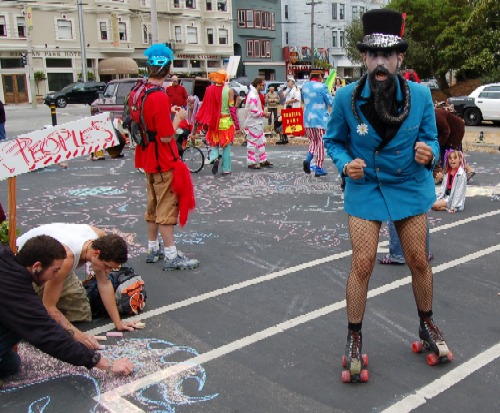 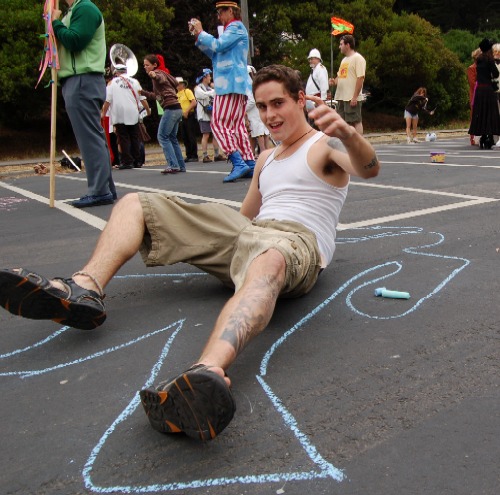 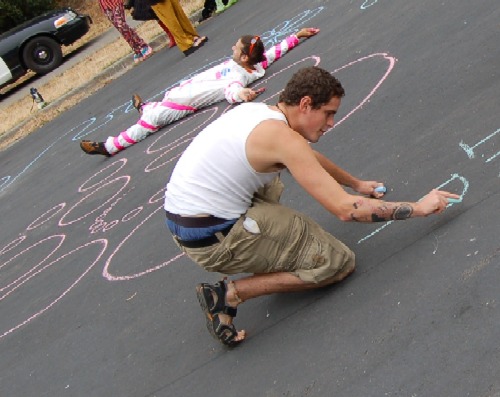 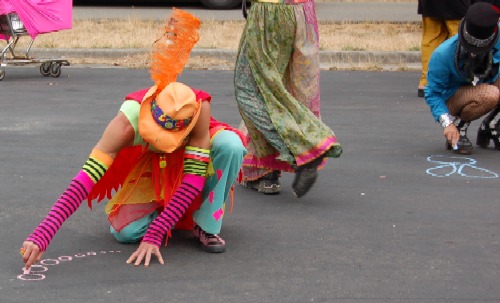 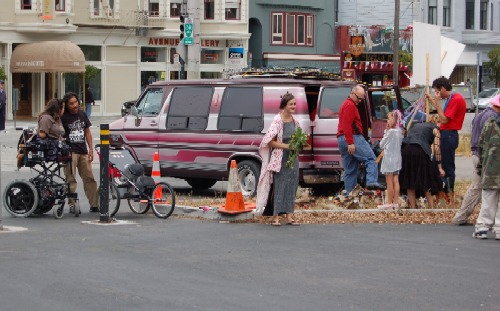 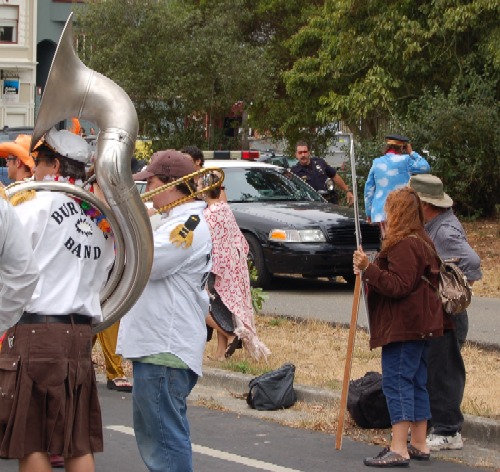 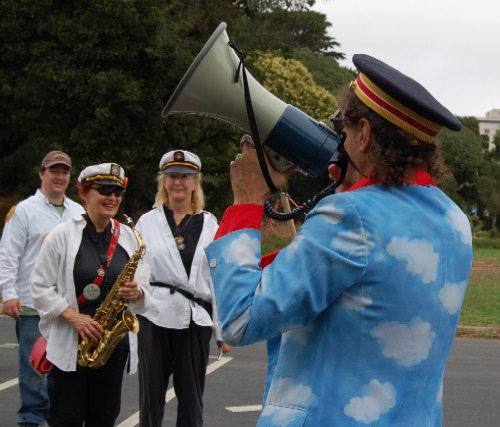 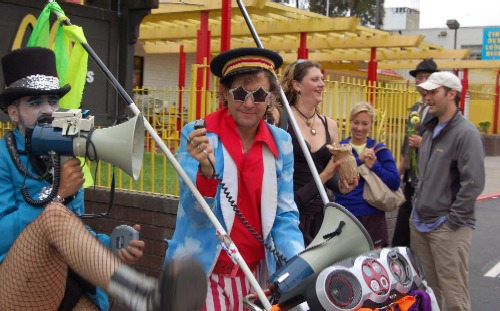 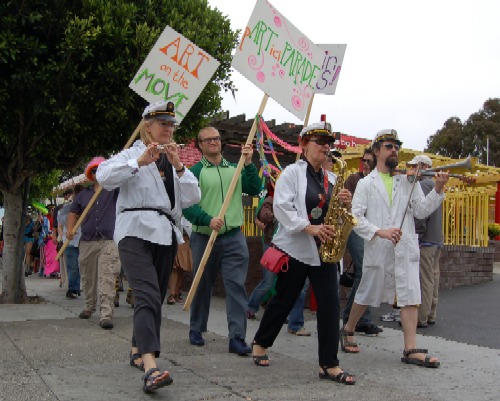 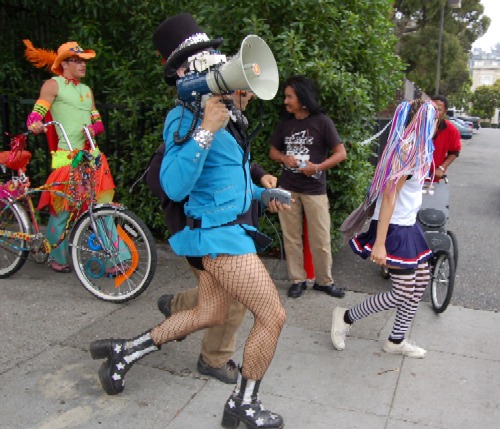 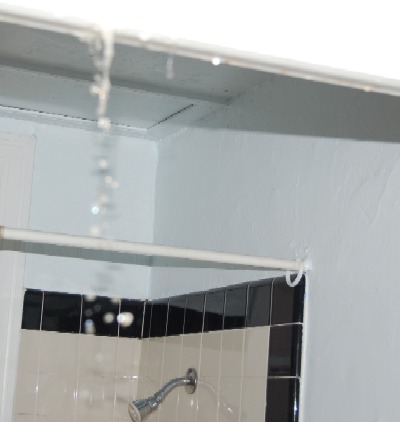