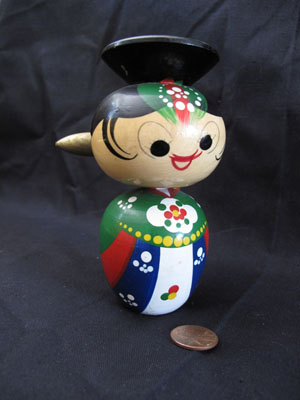 I was invited by Josh Glenn to contribute to his marvelous Significant Objects project, which has writers creating stories around objects, thereby enhancing the object’s significance with the written word. I was initially sent a list of objects to pick from, but did not look at any them. I felt that it was my moral imperative to live up to the project’s credo and write solely around one object, randomly selected by the proprietor. Josh kindly obliged, and assigned me the object pictured on the right. I then set out to create a fairly wild story, which can be enjoyed here. Here’s the first sentence:

The resilient ruffians ran away with the geisha’s canes just after she refused to perform a classless act.

You can also bid on the item here. But do feel free and poke around the site for many more significant stories.