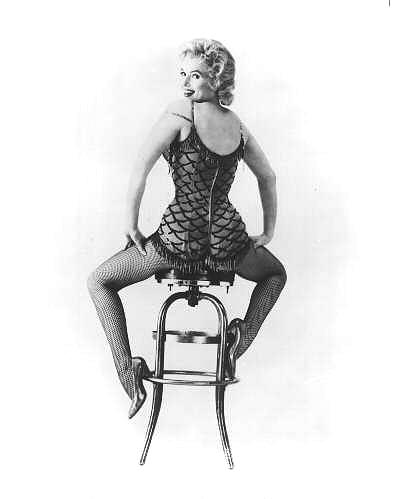 The stool, with only a handful of exceptions, is worthless.

This conclusion hit me yesterday when I found myself trying to eat some Thai food in an uncomfortable position. The people who owned and operated the joint, true to the nine-to-five, eat-your-lunch-and-get-out mentality, had provided about four stools for their customers. Here, an eat-in customer would sit down, his legs tucked under the stool to maintain a precarious balance, eating overpriced food that was far from scintillating.

Presumably, the idea was introduced because human beings took up space. And the space in this “restaurant” (more of a takeout booth with reluctant seating, actually) was better used for preparing more food, to maintain a revolving circle of food purchasers to be urged out once bags were in hand — all this guaranteeing an austere profit margin.

Better this, I suppose, then something that ensured long-term customers, such providing AN ACTUAL FUCKING CHAIR rather than a stool improperly aligned to normal vertices (arms to eating surface, legs to floor, the way the human body is constructed), thereby encouraging the customer to come back and eat his viands without hunkering over and looking about as pathetic as a bipedal Mario Brothers turtle while slurping noodles desperately through the mouth.

No. This place had resorted to the stool because it was the most ignoble of furniture.

The stool, incidentally, isn’t entirely impractical. If you are holding something along the lines of a guitar and you are playing for three hours, the stool makes perfect sense if you hope to balance and play the instrument with any alacrity. If you need to bend your partner over for a quickie just after tucking the kids into bed, the stool is about as good as it gets when it comes to something devious, but not too daring — a safe bet, in a Zalman King sense, that isn’t missionary.

If you own and operate a bar and you need an excuse to call the cops if the truly sloshed drink to much, stools are a very handy way to gauge a drinker’s balance. Certainly after about nine martinis, lumbar support is a nice thing to have. But without it, the highly inebriated customer is ensured a perilous flop backwards or the free flow of his head against the bar, thus ensuring a definitive position and granting a definitive signal to a bartender that it’s probably time to call a cab.

But aside from these rare situations, what general value does the stool have? I venture to say: not much.

Let’s consider the terminology that has stemmed from the stool: stool piegon; the stools one might find in a toilet; the toadstool; the ducking stool (sometimes a cucking stool), a chair used in common torture to tie someone up and duck him into water; the faldstool, which requires a worshipper to kneel down and pray; and, if you are unfortuante enough to take it, the stool test.

These are clearly not stellar offshoots. While “comfy chair” rolls off the tongue (and was even used in one of Monty Python’s most famous sketches), when was the last time you actually used “comfy” or “pleasant” with a stool? I would venture to say: probably not at all.

I’ve been informed that “stool” comes from the French estale — a piegon used to entice a hawk into a nest. This may have merged with the Germanic stall, or standing in place. I’ve also been told that the Old English “stol” means throne. But the word’s Indo-European root suggests that its primary definition is a “place or thing that is standing.”

And if “standing” is the primary meaning for a piece of furniture that’s supposed to involve the human being sitting down, then the time has come to reassess the stool’s value in a contemporary environment.

Essentially, we’re talking about a sitting apparatus in which the body’s carriage is projected upwards in a definite nonergonomic position. For it is nearly impossible to slouch or even hunch over a bit without falling over to one side. The body must maintain an equilibrium, which involves the legs being placed delicately to each side of the stool, often folding uncomfortably under the crossbeams beneath the seat.

If a stool is placed in the center of a room or somewhere without any back support (such as a wall), then the spine remains exposed and the body is forced to adapt to a position that is contrary to the idea of sitting (which, if not formal, I believe involves a relaxing position), and that sometimes involves kicking up one’s feet

Sitting in a stool can be compared unfavorably with the disappointing idea of making one’s bed. One is led into a mythical state of comfort, only to be granted a letdown. But where the person lying in a bed must contend with the task of making it the next morning, the stool sitter must keep up a sustained position of discomfort within minutes.

Notwithstanding alcohol’s quality as a steady depressant, is it little wonder why barflies are so miserable?