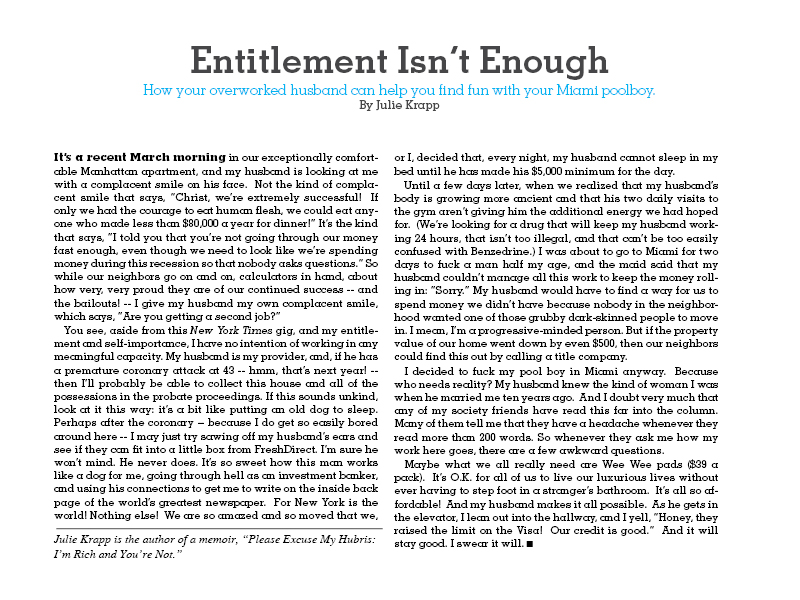 This afternoon, as I was counting the twenty-two badly oxidized pennies in my piggy bank over the last three months and flipping through a five-dollar newspaper that I had stolen from a Starbucks, I was especially alarmed to find the following article, located on the inside back page of the newspaper’s renowned Sunday magazine. (I have scanned the newspaper article. Click on the image to enlarge.)

I am not certain if Ms. Krapp’s article represents an effort to “spice up” the magazine, which I noticed was a mere 54 pages this week, or if it was a candid outreach campaign to the newspaper’s not-so-secret affluent demographic. I only knew that I did not quite relate to Ms. Krapp’s homicidal tendencies. But if this article is true, it appears that the so-called “safe” side of Central Park hardly lives up to the modifier casually tossed around by various convention bureaus.