There’s a good deal of audio and comics that I’m still processing from Saturday’s insane immersion into Alternative Press Expo. But for the moment, here are some photos to whet your appetite. 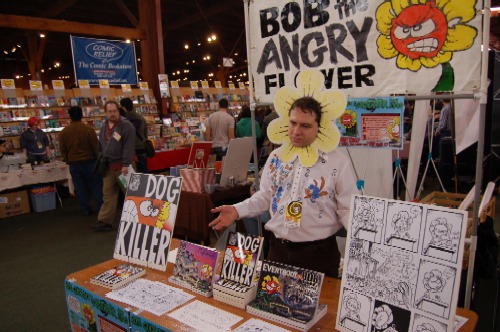 Bob the Angry Flower‘s Stephen Notley, located as per the APE custom next to Keith Knight, was solicited for tax advice and informed me of how one could write off a flower hat. 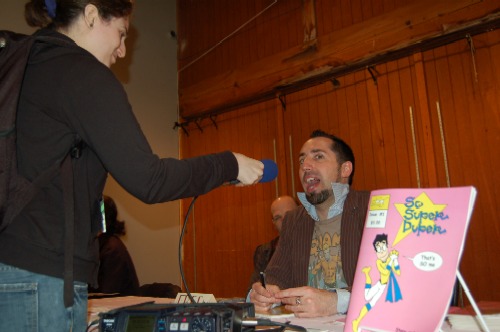 So Super Duper‘s Brian Andersen, as interviewed by one of the three Segundo correspondents employed for APE coverage (in one case, a correspondent smart enough to know the difference between Jeffrey Brown and Chester Brown was employed against his will). 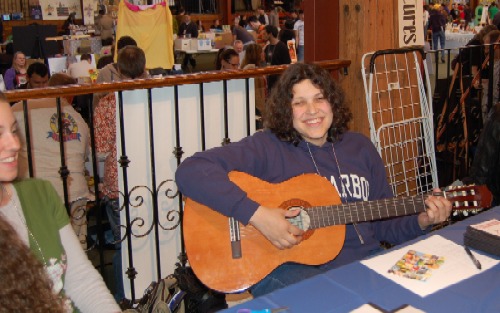 There were many guitarists providing musical support for fellow artists in the booths. 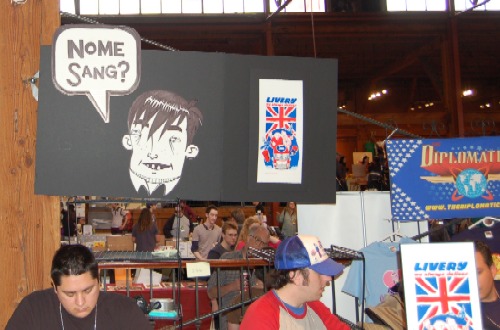 Nome Sang? It’s a question that I’ve asked myself many times: a query that offers no immediate answer. This sounds like a job for The Diplomatics, the world’s (only?) political superhero web comic. 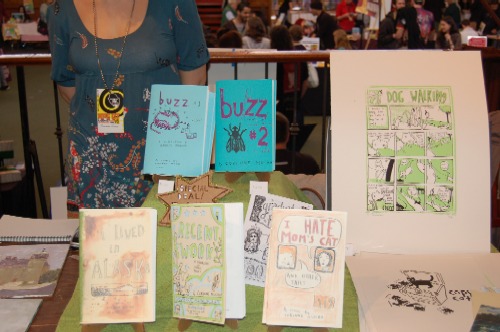 One of the aspects of APE often unremarked upon is the meticulous binding and sewing some exhibitors apply to their minicomics and illustrated chapbooks. Corrine Mucha was no exception. 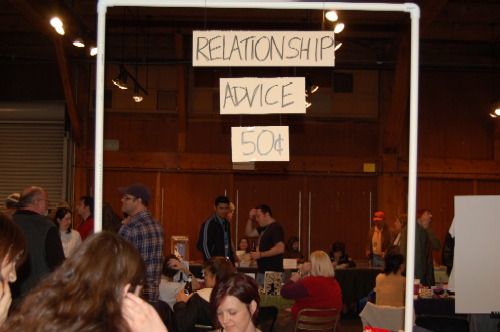 One did not necessarily need to pay two quarters for relationship advice, since there were many clear human examples through the transparent booth! 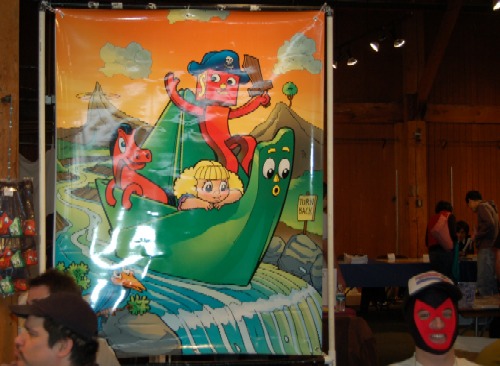 The man in the mask is, as you might gather, from Luchadork Comics. He was asked about whether Jack Black’s Nacho Libre or Luchadork came first and was unfazed by the Gumby propaganda. 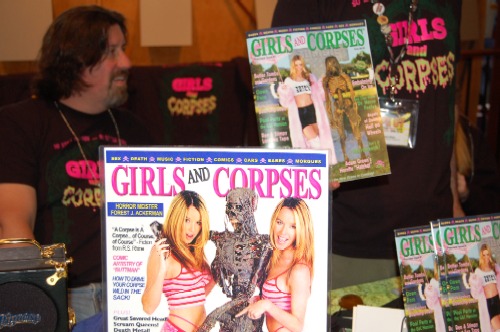 Girls and Corpses was easily the sleaziest magazine I picked up. I had thought that it was a one-off grand parody of Maxim, but there are apparently fifteen issues of this alarmingly slick publication. I talked with Robert Steven Rhine, the delightfully sleazy gentleman behind this periodical, and he insisted he lived on an estate comparable to the Playboy Mansion. 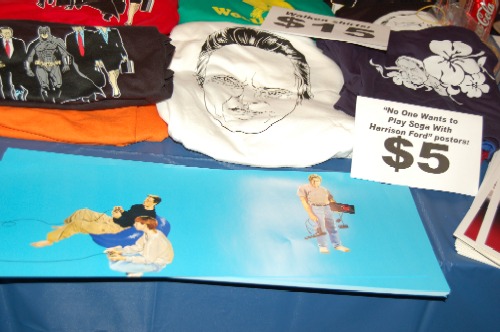 Pop cultural mimesis was very much on display, with an alarming number of items devoted to Christopher Walken. These items were from Brandon Bird‘s table. 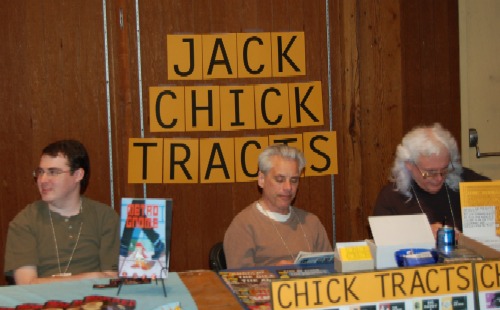 Despite noble efforts to track down the fundamentalist cartoonist Jack Chick, he was nowhere to be found at APE. 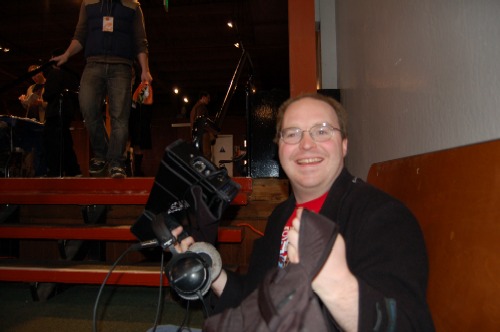 A rare moment when I was sitting down. There are about fifty audio files from Saturday I have to go through. 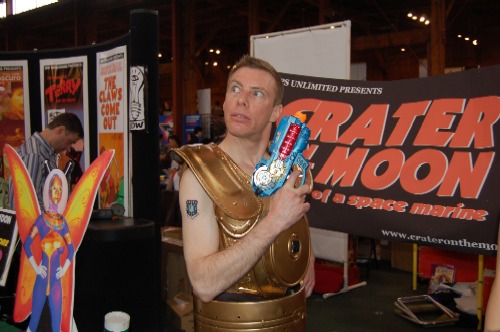 This gentleman, from Crater on the Moon, was apparently influenced by the Marvin Martian sartorial school. 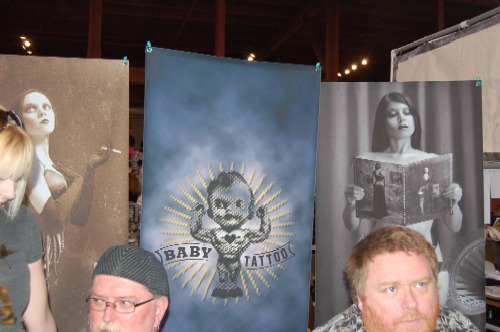 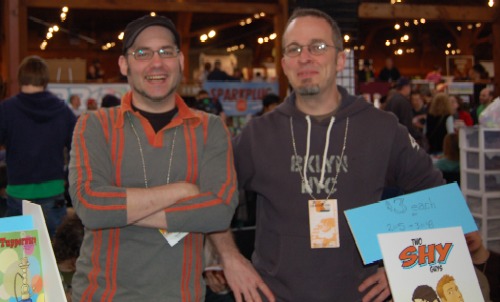 Two Shy Guys — or at least one of the men behind this comic. The gentleman on the left is currently being sought by G-men for certain indiscretions uttered on audio.

[UPDATE: Pink Raygun has an incredible breakdown of all APE exhibitors.]