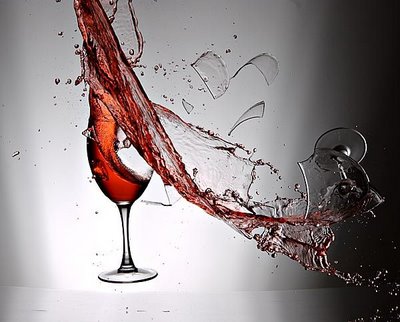 His life broke weeks before he became eligible to run for President. Not that he wanted the job, although if the country suddenly decided to employ multiple Presidents, he’d happily take the annual four hundred thou. Hell, he’d even take a pay cut if it meant four years of job security. Surely, the free market forces that had taken over the government many decades ago would welcome that. But he understood that they weren’t filling the position for another three years. And there were more immediate concerns, such as his inability to pay the rent and his failure to find any form of employment despite diligent efforts. He was beginning to run out of the oil that would ensure that he wouldn’t make a squeaky mistake when begging some restaurant to hire him as a busboy. He could get important people in esoteric circles to call him back, but he couldn’t shimmy his way into a temp agency and grab a few weeks of office work, despite the fact that he typed over 100 wpm. He waited for the inevitable July morning in which he would wake up as a cockroach, learning to dodge pesky slaps from the humans who never seemed to have exemplary hand-eye coordination.

He pulled out the birth certificate, carefully protected in three sheaths of plastic, that he had brought with him from California and examined this important document for the twelfth time that day. Alas, his parents had not opted for the warranty option. But he figured he would try to get his life unbroken anyway. After all, he had taken his ancient glasses into eyewear franchises several times, claiming that he had purchased them nine months ago, so that he could get the comp adjustments and the cleaning that came with the assumed deal. Nobody had asked any questions. Surely, if his life was broken, he could likewise present himself to a specialist and receive similar treatment, claiming to be manufactured from another province and remaining mum on provenance.

He thought he might try the hospital, but then realized that he had three dollars in his ratty leather wallet and no health care. So he began calling friends, asking around for a referral on how to get his life unbroken. But his friends didn’t return his calls or his emails. Their lives were also broken. And while it was sad for everyone to know that so many friends braced the burden of broken lives, you had to have broken lives around. The economy needed broken lives in order to function. You could always hide the broken lives by not speaking of them. Certainly he had not spoken of his own broken life, except in the baroque social code that had been established so many years ago by Adlai Stevenson. If he did mention that his life was broken, he would then lose out on several opportunities to unbreak his life.

So he called to order a large pepperoni pizza that he could not pay for.

“Is your life broken?” asked the upset pizzeria proprietor.

“I plead the fifth.”

“Do you have enough money to pay for it?”

“Not right now. But it’s just possible that I might in the future. And your delicious pizza might help me to unbreak my life.”

“You got me. I’m sorry that I deceived you.”

“Don’t worry. Everybody else has.”

“It’s difficult to find opportunities to unbreak my life But I figured a pepperoni pizza might be the first step in improving my present circumstances.”

So he began to explain about the baroque social code. And he had to inform the upset pizzeria proprietor just who Adlai Stevenson was. And the proprietor became less upset. A few other unbroken lives had called the pizzeria under similar circumstances. And the assembled throng decided to split the pizza with a few other people suffering from unbroken lives, figuring that they could avoid some of the needless taxes. They decided to call the pizza, “Main Street, not Wall Street.” And for ten brief minutes, hope was restored over a few slices gnawed under harsh fluorescent lights.