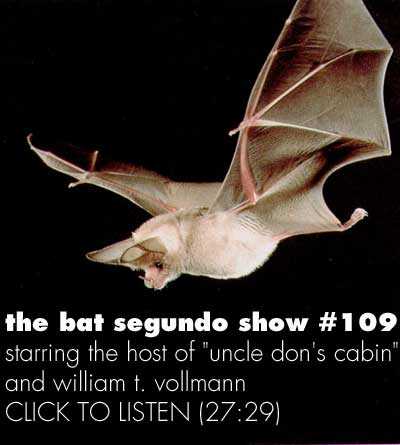 Condition of Mr. Segundo: Distancing himself from emus.

Subjects Discussed: The relationship between The Atlas and Poor People, the dimensions of poverty vs. the moral compass, I.A. Richards’ poetic experiments, photographs, the problems with objective solutions to poverty, “More aid, better directed,” poverty based on psychological makeup vs. poverty based on environmental circumstances, the exploitation of people as a result of Kazakhstan oil, ethical choices and poverty, Vollmann revealing personal flaws in his text, Kurt Eichenwald, and why Vollmann pays his interview subjects.

Vollmann: I think that one of the mistakes that we have made with so many problems — including drugs, poverty, illegal immigration, sexual conduct that we don’t agree with — is that there is a technocratic solution, or even a one size fits all solution. Alcohol is clearly bad and it’s addictive. It’s dangerous. Fine. Let’s prohibit alcohol. Well, that didn’t work so well. And of course it didn’t stop people from doing the exact same thing with drugs and we’re just beginning to sense that maybe that’s not going to work so well either. It’s not working so well with immigration. And we haven’t made a lot of progress with poverty either. And one of the reasons is that people talk about some kind of objective solution. We throw a certain amount of money at the problem. If people are in bad housing projects, let’s tear them down and put them into new housing projects. Maybe some of those things might have useful effects. Maybe not. But they’ll only go a certain degree in addressing the problem. Because poverty is a state of being. It’s the way somebody feels. And if somebody feels that he doesn’t have enough. Maybe he has enough to eat, enough to sleep on, whatever. But he has so much less than the people around him that he feels humiliation and rage, and yet he’s above the minimal monetary standard for poverty, let’s say, then what solution do we have for him? So it’s a problem like so many of these social problems that involve communication skills and particularly require the ability to listen and individualize on the part of the prospective benefactor. And that’s something that we’re not good at.