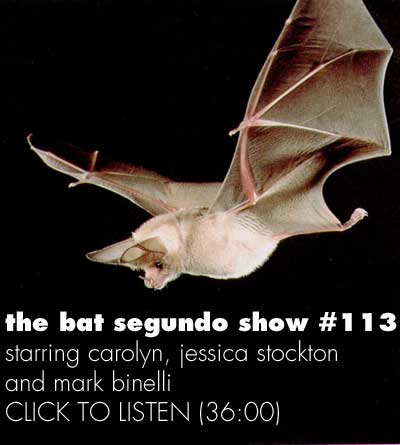 Binelli: When I hit on the comedy team idea, I immediately liked that. And then at some point, I can’t say when, but at some point the name “Sacco and Vanzetti” just popped into my head and it was such a perfect comedy team name. Initially, it seemed so ridiculous, which it is obviously. But then the more I thought about it, the more parallels between anarchism and slapstick started to come out. And it just kind of weirdly made more and more sense. So I just decided to embrace it.

(A co-production of the LBC, Pinky’s Paperhaus and The Bat Segundo Show.)