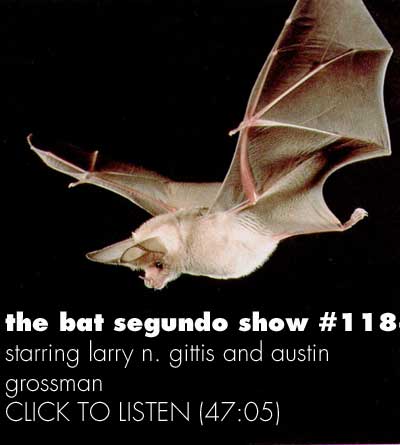 Subjects Discussed: Retconned culture, the human qualities of superheroes, origin stories, the postmodernist trappings of comic book continuity constructs, grad school vs. superheroes, writing while driving, how Grossman’s work on video games influenced his work as a fiction writer, Max Allan Collins’s A Killing in Comics, the relationship between prose and illustrations in a novel dealing with superheroes, the mainstreaming of geek culture, the unusual domestic living arrangements of Superfriends, secret identities, the problems of making video games based on superheroes, and reconnecting with 19th century literature.

Grossman: I feel like superheroes debuted as the sort of archetypical gods and every once in a while, they get retconned back to that — just to kind of refresh them. But I like them — I like them now! When they’ve had so much layered onto them. When archetypes have been established and now they can sort of start to live inside them and be a little more human. But I feel that, in liking them that way, I’m caught in some kind of cultural cycle. That that’s why I like them now and that, twenty-five years from now, people will like them as archetypes again. So I can’t really understand why I like them that way. It’s just that I do. I like to feel like they have a consciousness that I can relate to, that I can live inside, and yet are also godlike in some way.