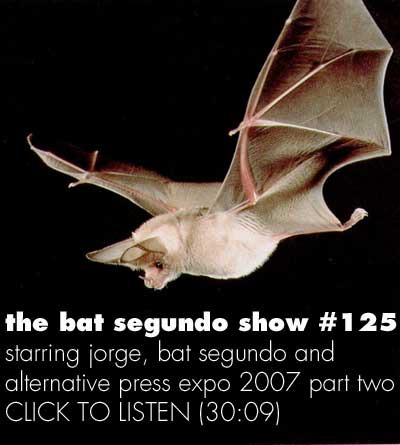 CONDITION OF MR. SEGUNDO: Longing for phone numbers and fistfights.

Correspondent: So I was passing by a booth and I found some very unusual underwear designed by someone here. Maybe you can identify yourself and explain what the purpose of this underwear is, why it exists, and why it is being offered to the public at large.

Walker: Um, my name is Julie Walker and I really wanted to put weenies onto underwear. Because it seemed like a good idea.