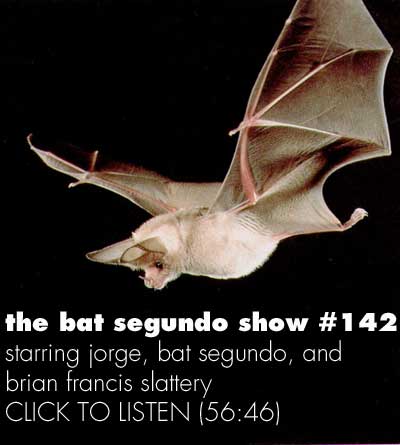 Condition of Mr. Segundo: Objecting to snobbish Manhattan types who use three names.

Slattery: For a while, I thought that I would have those scenes take place in a specific neighborhood in New York. And I spent a long time thinking about, well what group would I want to focus on and where would I want it to be? And then, the more I thought about it, the more I realized I kind of wanted to talk about the immigrant experience — generally. I didn’t want to have to tie it to a specific group. And in some ways, I wanted to talk about the ways that the various immigrant groups, when they get here, will tend to work together. There’s such a thing as an immigrant community. And I wanted to be able to talk about that in a sort of cool and engaging way, and also to really get across the point that that’s this full network that you don’t see. You know, it exists here. But you have to know where to look in order to find it.