As next week’s election approaches with an uncertain focus, the question that every progressive is asking right now is whether the Democrats have a shot at securing a majority in both houses (and, most importantly, the Senate). Yes, the House of Representatives looks pretty strongly Democrat at this point. If today’s voters get in touch with their inner Charles Bronsons at the polls (assuming the Diebold machines don’t malfunction), their grand acts of payback will almost certainly be in the lower Congressional races.

But the Senate remains a more troubling arena of concern. Those who recall the way that Senator Henry Cabot Lodge sabotaged Woodrow Wilson’s League of Nations in 1919 know very well that this is where the true Macbeth-like figures commit their quiet homicides. Senators, having four more years in their term than those who occupy the lower house, know very well that they can outlast a President. And it is here where the ruthless impulses of social Darwinism are the finest. Senators do not often wave to those shown out the door. They ask their pages to do this, if they are feeling generous (and this is frankly not that often). Thus, there is greater effrontery and often greater hubris at work.

Larry Sabato has peered into his crystal ball and suggests the Demos will win six seats and thus capture the majority. Me? I’m not so sure. (And given that Lieberman is running as an Independent, a fact overlooked by Sabato, is he really a true-blue Democrat?) 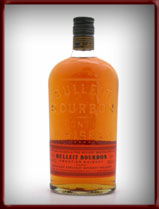 Rest assured, I’ll be holed up in my apartment with a bottle of bourbon on Tuesday night: the television blared up at full volume, the neighbors pounding on my door, my apartment filled with eldritch cries of triumph and terror, the Department of Elections websites bookmarked, my twitchy finger hitting F5 more frenetically than a mescaline addict. Perhaps my incoherent ruminations will be posted here. I do not know. These are the sad confessions of a political junkie who gives a damn and has become quite savagely optimistic about the whole November mess, hoping that more than a few corpulent pigs will be roasted over painful, career-killing conflagrations set by vengeful constituencies who have had enough.

But for the moment, here’s part one of my sober take on the midterm elections. More alcohol-fueled speculations will occur on Tuesday night. 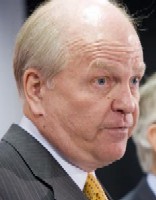 Tuscon Weekly reports that a KAET poll shows that Kyl is ahead 47 to 41%. Bill Clinton is appearing today to boost Pederson.

Without citing anything specific, the San Francisco Chornicle reports that “Pederson’s poll numbers show him trailing by only single digits.” What poll numbers? The KAET poll? What kind of lazy reporting is this?

Meanwhile, the National Review‘s John J. Miller is having his doubts about Kyl, based on the KAET poll.

I’m forced to conclude that the race is close but by no means locked. A lot can happen in five days. I’m not certain that the Bill Clinton effect will have that dramatic an impact. Then again, with Bush’s recent announcement of the immigration fence, the GOP may have taken a stick at a beehive.

Analysis: Likely Kyl, but it ain’t over till it’s over.

Ned Lamont hasn’t been performing nearly as strongly in Connecticut as progressives had hoped. While it is true that Lamont has made gains, decreasing his trailing gap in the polls from 17% to 12% over the past two week, this isn’t enough momentum to secure a close race in five days, even with this most recent campaign financing scandal.

So we’re left with Lieberman, the Democrat who couldn’t even win his own party’s primary. And I think Sabato is being very naive in thinking that Lieberman will vote with the Democrats. Perhaps at first, in a Democratically controlled Senate, he will. But once Joe gets in the hot seat again, he’ll have six more years to expand his hubris, all pledges of “supporting Democratic leadership” to the contrary.

(And Ralph Nader campaigning for the Connecticut Greens when Lamont is running is just ridiculous.)

If anything, we can thank Rush Limbaugh. His callous and ignorant allegations directed at Michael J. Fox have given Cardin a bit of a boost and spawned a Maryland-based debate on stem cell research, with Steele insisting that he too supports stem cell researchl. Despite the Limbaugh debacle, Steele has tightened his trail as of Wednesday. Cardin leads Steele 49 to 43%, an improvement from September, when he fell behind by 11 points.

I think the African-American voting bloc question is moot, given that, as of Tuesday, 74% of blacks support Cardin. Black voters aren’t dumb. 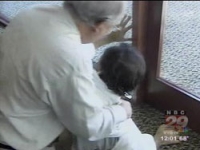 The latest CNN and SurveyUSA polls suggest that Webb is ahead by somewhere between 3-4%. Perhaps the biggest surprise was the Rasmussen poll unveiled on Monday, with Webb finally pulling forward in what has been a very close race.

The Virginia Senate race doesn’t cause one to drink nearly as much as the Missouri race, but it’s still just insane enough to cause some concern. There was, most recently, Senator Allen’s crazed encounter with blogger Michael Stark (see video here), in which a question about Allen’s wife elicited several thugs to tackle Stark, who is now pressing charges. Allen’s team has attempted to point the finger at Webb, which makes this all very interesting, given that it was Allen’s team, after all, who decided to manhandle the blogger.

Contrary to the Kos’s colossal hubris, I doubt very highly whether most Virginians actually care about bloggers, but this violent moment may very well crystalize the difference between Allen and Webb.

Further, Webb has been smart enough to employ veterans and Wesley Clarke to speak in favor of him, playing up Webb’s military experience.

This is certainly a close race, but it looks to me that Webb’s campaign is far more focused and less accusatory than Allen’s and that he may pull a victory by a nose. 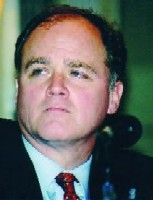 McGavick is looking more preposterous every day. If he genuinely believes that condemning Cantwell for responding to Kerry’s botched joke with “not just silence but an immediate fundraiser,” then he severely underestimates not only the intelligence of Washington voters. Silence, as anyone who’s attended a high school rhetoric class knows, does not necessarily mean endorsement. And Cantwell’s team responded by stating that they supported the troops.

That McGavick wants to make a mountain out of this picayune undulation is telling of his desperation, reflected also in his recent pulling of Seattle television ads. In light of his history, it will be interesting to see if the guy goes crazy on election night just after his concession speech.

With Cantwell holding a comfortable twelve point lead, it’s clear who will end up the winner.