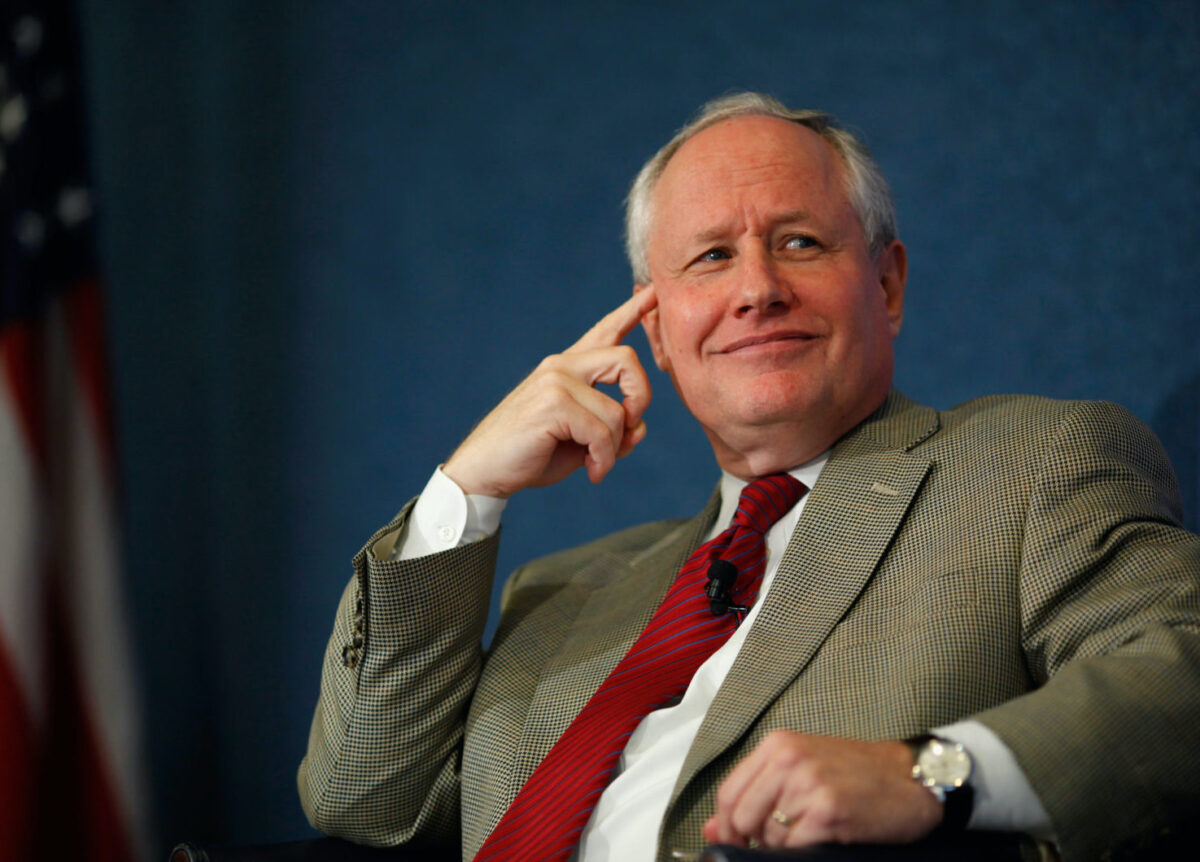 Like many gutless conservatives, Bill Kristol stands against women’s rights. By demanding that protesters curtail their efforts, he is little more than one of Goldhagen’s “willing executioners.”

Yesterday, Bill Kristol — a vile and cowardly neoconservative opportunist who has deluded himself into believing that opposing Trump somehow makes him a more “reasonable” Republican — landed himself in rightful hot water when he tweeted for “civility.” Kristol, a repugnant man who has never known a day without a hot meal, rebuked protesters for protesting outside the homes of statesmen who stand in the way of autonomy, freedom, and a woman’s right to choose. Echoing the bullshit centrist line from Michelle Obama that has singlehandedly positioned Democrats into a wildly gullible and morally culpable party of eternal ineptitude, Kristol also urged protesters not to “intrude on people attending their houses of worship.”

Bill Kristol clearly does not have any significant understanding of human history. He also doesn’t seem to comprehend that his own wildly dangerous party is operating from a crazypants playbook created and practiced by vicious and duplicitous thugs who have openly flouted numerous judicial precedents that ostensibly upheld the liberties and agency of women and that now threaten to create a new form of slavery in which forced childbirth — even in cases of rape, incest, or when a baby that is fated to die — will become the cruel new norm.

In short, the unhinged assault on our democratic republic is very real — arguably one of the greatest perils to liberty in our lifetime — and it requires that we stop playing nice. “Civility” — or, at least, the bullshit bromides that Kristol cleaves to — hasn’t worked. The time has come to make the life of any atavistic scumbag who stands against women’s rights — and thus human rights — incredibly difficult — a living hell that will communicate in pellucid terms that the failure to respect a view that the majority of the American people support now — and even supported in the immediate aftermath of Roe v. Wade — is completely unacceptable in the 21st century.

Is this fool really so naive as to not know about the Haymarket affair? Hundreds bravely fought for workers rights. A bomb was thrown. And the anarchists who adopted an ostensibly “fringe” position were rounded up and falsely criminalized — including people who had not actually attended this 1886 protest in Chicago. One of the falsely accused defendants committed suicide.

Is this wildly irresponsible oaf unfamiliar with the civil rights movement? Also messy. Lamar Smith — a venerated World War I vet — shot in the streets of Brookhaven, Mississippi for urging Blacks to exercise their right to vote in 1955. Or how about Bloody Sunday on March 7, 1965 — in which peaceful protesters were brutally attacked by lawmen in Selma, Alabama? Or Jonathan Daniels? Murdered by an unpaid deputy sheriff after picketing whites-only stores.

I could go on, but Google is free.

Did this nitwit truly deposit his fat complacent head into the blissful sands of clueless ignorance when Mississippi Governor Tate Reeves was interviewed by Jake Tapper — on Mother’s Day, no less — and said, with wanton sociopathic glee, that forcing women to carry pregnancies to term in any scenario was just peachy keen? Here are actual sentiments from a pro-lifer just yesterday: “You have no choice. Not your body, not your choice. Your body is mine and you’re having my baby.” If Kristol refuses to recognize the abhorrent tyranny here, the fight that any card-carrying humanist should not sit out, then he has no business opining in any form.

Weak mediocre men like Kristol are very much one of the reasons why we’re here once again, forced to fight even as we remain exhausted for a right that should have been codified decades ago. Pusillanimous fossils like Kristol not only cheapen the difficult choice that any woman faces with abortion, but they belittle the bravery of anyone who remains rigorously committed to human rights.

With all due respect, Bill Kristol, go fuck yourself. And please be sure to let me know your “place of worship” so that I can show up and say this to your face. You see, if there isn’t a safe place for women, then there really shouldn’t be a safe place for you.