I’m currently putting the finishing touches on a number of new podcasts, which I anticipate releasing today. But in the meantime, here’s an excerpt from my forthcoming interview with animator Bill Plympton. 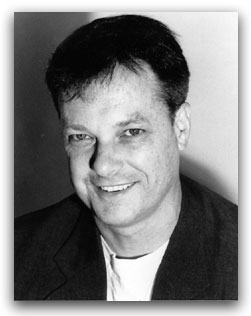 If you don’t know who Bill Plympton is, you’re missing out on one of the most unique independent animators now working in America. Plympton emerged into national consciousness when many of his shorts begin appearing on MTV’s Liquid TV during the late 1980s and early 1990s. This came concomitantly with success on the film festival circuit — in particular, with Spike & Mike’s Sick and Twisted Festival of Animation. But, ironically, his work has found greater appreciation outside of the States. In his own country, he’s considered more of a cult item. Which is too bad. Because if this were a just universe, Plympton would be considered a national treasure.

I wasn’t surprised at all to see Plympton name-check Winsor McCay during our conversation. There is a fascinating surreal component to all of his films. Take 1994’s “Nose Hair,” in which a pesky and ever-growing follicle kick-starts a wondrous free-associative trip involving a man walking up and down a changing landscape. Or the unusual first-person approach of 1998’s “The Exciting Life of a Tree,” which is told entirely from a tree’s perspective. Couples copulate on a blanket, believing that there is privacy. Other trees are sawed down. But somehow the tree is abandoned.

Plympton puts together his films with a small staff in his New York studio. And, believe it or not, he draws all of the frames himself — at least a hundred drawings a day, he tells me — with his staff coloring and compositing these drawings.

Plympton was kind enough to find a few minutes to talk with me while putting the finishing touches on his most recent animated feature, Idiots and Angels.

(And, incidentally, Plympton tells me that the storyline for the new film involves a disgruntled angel who is a bit peeved that the angel wings force him to be good. As soon as I learn of a release date and/or a distributor, I will follow up.)

Plympton: Well, that’s a very good question. Because I see a lot of young animators doing cartoons. And one of the cartoons on the Cartoon Network uses the format that “zany looking people are funny.” Like clowns or animals with big bulbous eyes and huge noses and tongues that stick out and crazy hair. And it’s my feeling that that’s really not funny. For me, humor comes across when you take something that’s normal, that’s placid, that’s bland, that’s a cliche, and do something weird to it. If the main character is weird already when something weird happens, it’s not a surprise. It’s not a shock. Therefore, it’s not funny. So I like to choose characters that are fairly bland. Like vacuum cleaner salesmen. Very normal. And someone you can identify with.

I guess that character, who was originated in “Your Face,” was inspired a little bit by Bud Abbott on Abbott & Costello. The pencil-thin moustache guy with the suit, the slicked back hair. Kind of a sleazy salesman type guy. And that film was such a big success, such a big hit, that I continue that character on through “The Wise Man” and through “Push Comes to Shove,” and a bunch of my feature films — The Tune and Mutant Aliens and I Married a Strange Person. So those films use that character a lot. And I’ve found that he’s a very good character for laughs.

Correspondent: In “Push Comes to Shove,” that character resembles Alfred Hitchcock to some degree.

Plympton: Well, not at all, I don’t think. Because Alfred Hitchcock is really a caricature. And this guy — even though he is a little stockier — there were two guys in “Push Comes to Shove.”

Plympton: A thin guy and a stockier guy. I guess that was inspired by the old Laurel & Hardy gag where they would take an egg and squash it on his head and put the hat back on. It was very dry humor. Very deadpan humor. And then that would escalate. And it escalated into, I don’t know, getting hit by a board or something like that. Well, I wanted to take that escalation and exaggerate it even more. So it becomes so violent and so surreally violent, that it’s just preposterous. And that was my initial inspiration for the film. So Alfred Hitchcock wouldn’t be someone I would say. It was more like Laurel and Hardy. Although even then, Oliver Hardy is more of a caricature than I would want to use. I brought him down as to more of a normal person than Oliver Hardy.

Correspondent: It also reminds me very much of the Fish-Slapping Dance. That kind of one-upmanship between the two characters.

Plympton: Yeah. That’s exactly what the inspiration was.

Correspondent: I wanted to also ask you about some of the perspectives you have. You had a few shorts — and also in your features — where there’s this first-person perspective. I think of the tree, for example.

Plympton: Yeah, “The Exciting Life of a Tree.” “One of Those Days.”

Correspondent: I’m wondering how this came about. Did you need to get away from the typical third-person look of these particular shorts?

Plympton: Well, the magic of animation is that the camera can go anywhere you want. And it’s harder to do that with live action. Although it’s easier now with digital technology. Digital effects. But with animation, you can put the camera anywhere. And that’s part of the fun of it. You’re seeing something that is maybe cliched or boring from a different angle. It makes it exciting. It makes it interesting. And so I wanted to see an event from one person’s POV and see the worst day ever — what it would be — if you lived that life. If you were actually in that person’s place. So it’s very autobiographical in that sense.

But I like to do that a lot. I did another film called “Draw,” where it’s a cliche of two cowboys in a mainstream Texas town. And they draw their guns. Only this is a POV of a bullet. And so again, it’s a kind of cliched, boring situation. But when you see it from the eye of a bullet that is traveling through space, going through someone’s heart, it gives it a whole new perspective. And I love that kind of thing that you can do with animation: change the perspective, change the viewpoint in each shot. And that’s the reason why I love animation.

Correspondent: Is this often why you are drawn to weapons? Not just bullets and cannons and the like. But also chainsaws, I have to ask you about. And cutting people in half. This seems to be a common theme throughout the work.

Plympton: Well, you know, movies have always been violent. Whether it’s Charlie Chaplin or Buster Keaton or Abbott & Costello or the Marx Brothers, violence has always — the Road Runner is a perfect example. Violence has always been part of humor. And so has sex. I don’t know why a lot of Americans are offended by sex in cartoons. It never made sense to me when I grew up with Mae West or Jean Harlow or Marilyn Monroe — there was always sex in adult films. And I just thought cartoons should also have sex. And so the violence is as American as apple pie. And so I like to take the violence and exaggerate it to such an absurd degree that it’s not really scary anymore, it’s funny.

I saw those Saw films and I was really squeamish about it. And it really wasn’t my cup of tea. But I think if they were to have taken that humor and that violence, and exaggerated it to an absurd level, I think it would have been much more interesting and a lot more entertaining.

(The full conversation will appear in a future podcast installment of The Bat Segundo Show.)