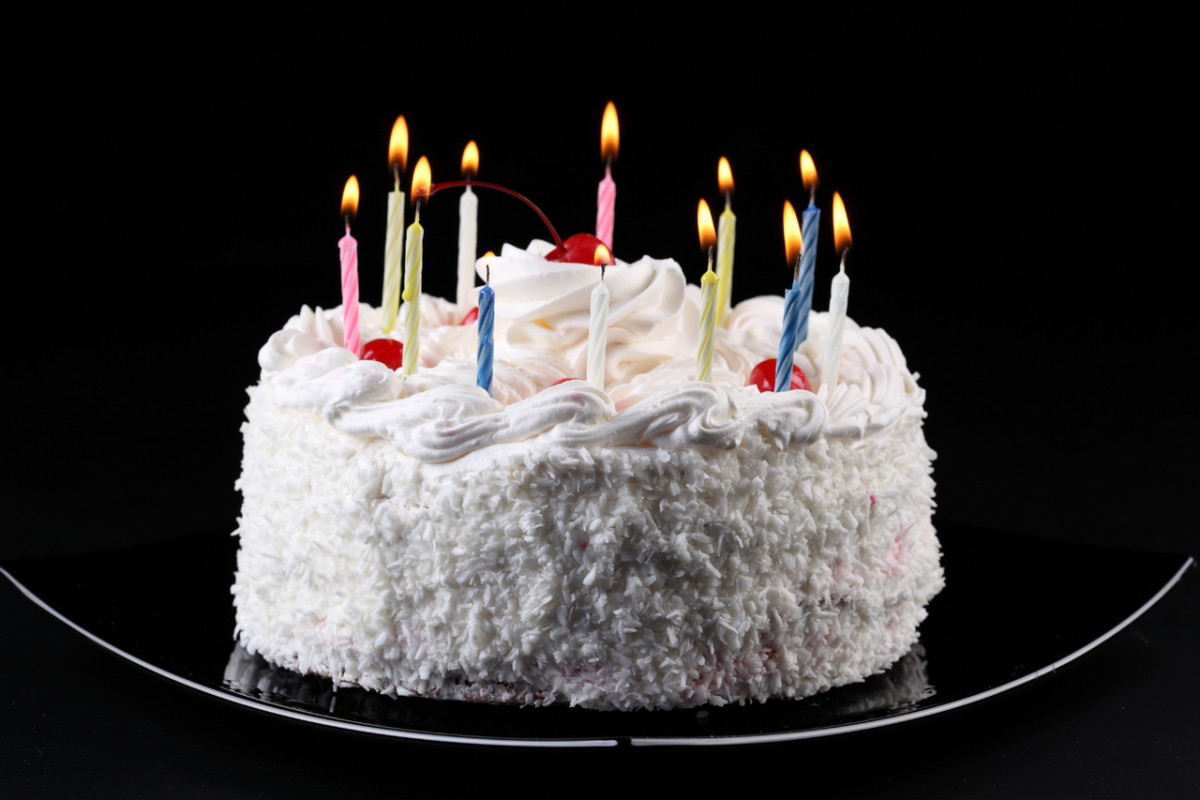 The first step in solving a problem is admitting you have one and, in this essay, I come clean about some pain that has been clawing at me for some time in the hope that this hidden problem will encourage other people to be honest about the terrible lessons they learn and put into practice for years.

On most days, my mother, the most manipulative and emotionally scarring narcissist I have ever known, would spend the entire evening feeling sorry for herself, tanking herself up on a box of cheap wine and lounging about like a squeamish lout on the couch. I don’t know how many times she asked us to refill her glass because she could never be bothered to get up, but it was surely somewhere in the thousands.

On any given night, my mother would shamble into drunken oblivion. Yet there was nothing more horrifying than the occasion of her birthday to reveal the full depth of her affliction. The hell of it was that we were too young to see it.

We loved her, even with all the Gehenna she marched us through. We hated to see her sad. We tried so desperately to please her. We didn’t understand that she had a much bigger problem.

So when her birthday rolled around, no amount of celebrating her life would suffice. She could not summon gratitude for having a loving family or a stable job. She could not find any real reason — and there were many — to be alive. She could not stretch one inch outside herself. My mother wanted attention, but she would never spell out the deranged egocentric fantasy she truly craved. Her true ideas, never expressed, were grandiose and delusional. Here was a woman incapable of apologizing for her mistakes or seeing what had gone wrong, much less right. Her solution to her self-pity involved the world stopping everything that it was doing to celebrate her existence in the most unvoiced yet extravagant way. What I think she sought was a deranged and surreal scenario not unlike that old Twilight Zone episode, “It’s a Good Life,” in which a tyrannical boy with demonic powers has everyone in town doing anything he wants. What the boy cannot see, what he refuses to consider for even a second, is how these obliging and miserable adults must live out this perdition. The people around him are never once allowed to be themselves as they serve his every whim.

When it came to my own birthday, I never wanted anything big, just some basic acknowledgment that I existed from the people who were dear to me. But my mother did a number on me. And as much as it hurts me to say this, I want to be able to live with myself. I have a very serious birthday problem. I am certain that some of you do too, whether it is tied up in comparable abuse or some other hangup. But I am here to tell you that this is okay and that you don’t have to be ashamed. I’m hoping that those of us who suffer from paralyzing birthday anxieties can come together and tell ourselves that it is perfectly reasonable for us to celebrate our lives. We can beat this in the same way that we have stared down other demons. If you need someone to tell you that you matter, I urge you to email me and, whoever you are, I will be happy to celebrate your existence each year. Because I know too well what you’re feeling.

There was my twentieth birthday in which I was trapped in a remote cabin and my mother spoke to me in her high quavering voice and treated me as if I were a boy of five. I was still trying to figure out how to be a man in the wake of abusive father figures, and I just couldn’t take this bullshit anymore. I felt enraged and humiliated for being infantilized on a day that was supposed to be mine, especially since I could not escape the cabin. So I stormed off in shame and beat my fists into a metal sign until my knuckles were red and raw. And since it was a very small community, the commotion caused by my machine gun-like flailing had the cabin owner calling the police. I recall hiding behind a tree as the police car’s bright searchlight flooded its blinding circle onto the dark waters of the tranquil creek that lined the ragtag cluster of cabins, in search of the violent perpetrator apparently at large. My sister and her now husband found me and escorted me back to the cabin, holding me, knowing why I needed to sob and why I couldn’t. I couldn’t cry. Because who knew what this would do to my mother?

I spent my twenty-first birthday in Reno and had a lot of fun.

It’s hardly an accident that I first started smoking on my twenty-second birthday. I did so out of boredom, walking the streets of San Francisco by myself and feigning adulthood. There was a part of me cultivating a leisurely form of self-destruction that would grow and bite me in the ass years later. When Kurt Vonnegut replied to interviewers that he was committing suicide by cigarette, I knew what he meant.

I tried to win my birthday back over the years, but couldn’t. You couldn’t beat the house.

There was the time in which I asked twenty people (no expectations, no gifts necessary; in fact, I’m happy to buy you a drink like they do in Britain!) to meet in a bar on my birthday. Nobody showed.

My self-pity grew over the years. I felt terrible and birthdays were a big part of this. But there was also a burgeoning desire to rid myself of the pain. I wanted to feel good about myself without shame. Could this actually happen?

A few days before my forty-first birthday, which is today, I suffered the worst insomnia I had experienced in three years. Couldn’t sleep. Had to cancel a date with a very kind woman.

This is all greatly ridiculous. Because I’ll feel perfectly myself once my birthday has passed.

In the past, people have tried to step in and give me a good birthday. They didn’t know how. I was always a terrible member of the thinktank masterminding the plans. I didn’t want to feel sorry for myself in the way that my mother had, but I can’t say that there haven’t been birthdays where I worked my way to the end of the bottle and utterly despised myself.

Friends, knowing my hangups, have understandable worries about even mentioning my birthday. They saunter around the subject like a trepidatious sous chef walking on eggshells in a chaotic kitchen.

Friends also point to my resilience, which they claim is unmatched by anyone else they know. And they know people who are far more accomplished than me.

I have no problem hanging out with my friends any other time of the year. But I have always felt deeply ashamed at doing anything good for myself on the day that it counts.

Is that terrible? It certainly feels that way.

So I am saying something now, risking ridicule from the rubberneckers who still want me dead because they have invented some wrong idea of me that is considerably less distorted and monstrous than the false and bestial image I spent many years perfecting. Because now, more than any other year, I know that my life is worth something.

It is very hard for me to say all this. It has taken me more than four decades to get here. My existence is worth celebrating. I love being alive. I have a great deal to be thankful for. I am neither washed up nor finished. I’m just getting started. I’m working on many magnificent projects right now and am supremely indebted to some exuberant Scotsmen who were gracious enough to help me get back on the horse. And to anyone who has been kind to me during the past year, I cannot possibly convey how much your generosity has meant to me.

For those who have had to endure my birthday blues over the years, please know that I am more contrite than you can ever know. But I want to be honest now.

In his wry and endlessly thoughtful book, Faking It, which is a fantastic volume if you’re interested in the bottomless pit of hypocrisy and self-illusion, the marvelous thinker William Ian Miller observes:

Be careful what you pretend to be. Toughness, or a certain hardness, is a very useful trait to have, but the person who undertakes a pose of hardness or flippancy to protect what he fears is his core vulnerable sweetness may end with his sweetness shrunk to invisibility or inaccessible behind the ramparts, though he maintains the belief that his toughness is only a pose.

For a very long time, I have feigned being hard or insouciant about this birthday business, pretending that it is “just another day.” What I have feared (aside from becoming my mother, who I both am and am not) is capitulating to the pose that my birthday does not matter rather than being candid about the reality that I, like countless others, carry a modest vanity one day each year that I am deeply abashed about. That my forty-first birthday will be the first in more than a decade in which I will not share a bed with anyone speaks volumes about how I have gone out of my way to smother the act of being myself by projecting some version of my intimate core onto others willing to be intimate with me. I trace the beginnings of this to the blonde bombshell who smiled at me on my seventeenth birthday as we went to see Hot Shots! at a movie theater long closed. It is a sick and dishonest practice, but then I had the worst possible example growing up.

So here is what I am doing. Tonight I will be having a marvelously low-key dinner. Alone. I will be eating a slice of chocolate cake. Alone. And I am going to have a great goddam time doing this. Because if I can’t respect myself, then how can I expect anything from other people? I cannot leech on geniality in the way that my mother did.

It could take me many years before I can invite other people to celebrate my birthday. But the one thing I can do, starting this year, is to stop wielding my birthday around like a loaded gun. If I don’t commit myself to a happy time, then I’ll never have it. Of course, any birthday wishes from others are very welcome. There’s no sense in denying this anymore. But I will not retreat to any couch.

The first step in solving a problem is admitting that you have one. There is no pat remedy and I’d be kidding myself if I really believed that what I’m doing this year will flense my soul entirely of this predicament. But it’s a new year. I’ve just had my eyes checked and I have a new pair of glasses. This is the longest I’ve stared into the mirror. I am liking more of what I see. He is worth celebrating. And if he expects to give lavishly and effortlessly to others, as is his incurable habit, then he must give to himself first.