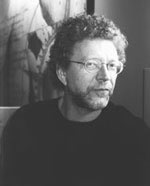 Being wrong is wonderful! It’s a bit like accidentally walking into a fitzroya and suddenly realizing that there’s this large evergreen that you didn’t know about. Suddenly, you’re forced to alter your existence to account for the fitzroya. And when you ponder the fitzroya a bit — as Darwin did, dutifully naming it in honor of the HMS Beagle’s captain — you begin asking a few questions. How did the tree get there? Why does it have such a mammoth diameter? And how can all this be used in tandem with other shards of understanding?

I suspect that Sven Birkerts is a man terrified of the fitzroya.

On Friday afternoon, I entered a Columbia University classroom. Birkerts had come into town for a debate with Jenny Davidson, moderated by Andrew Delbanco, styled Blogging: Good or Bad for Literary Culture? “I can’t tell if we’re positioned at odds,” whispered Birkerts to Davidson before the proceedings started, a foreshadowing of the stalemate to come.

The audience was composed of approximately twenty-five nimble-minded students, many of whom offered interesting inquiries. I felt a tad displaced wearing my The Brain That Wouldn’t Die t-shirt, but sitting in the front row with this sartorial choice seemed the right thing to do. As one of the “reputedly intelligent” figures mentioned in Birkerts’s 2007 Boston Globe article, I thought I’d see what this reputedly intelligent man had to say. After all, our man Sven had called the litblogosphere “too fluid in its nature ever to focus on widely diverging cultural energies” and railed against us being “predatory on print.” (Never mind that Birkerts, as a literary critic, is likewise predatory on print whenever he writes an essay concerning books.)

It should be self-evident by now that I find the idea of one form of writing deemed inferior solely on the basis of appearing in a different medium — whether it be a blog, a hypertext novel, or what not — to be an utterly ridiculous tautology. Sven Birkerts, I’m afraid to report, is a man who specializes in tautologies. This is not to suggest that he isn’t a smart man. Nor is he entirely against blogs. But he is certainly a weary man, a self-described “gradually graying book reviewer with several decades in the trenches.”

He opened his remarks by reading thoughts from a slightly crumpled piece of paper, hoping that in tossing around cerebral softballs, he could perform some off-the-cuff binomial expansion. Here were some of his phrases:

“A whole new paradigm of transmission.”

“We bring forward a technology. It begins to fashion and inform us.”

“Like the car, it has conditioned us and bent us to its shape.”

“The size an scope of an idea. Within the book, ideas formed in certain ways. Exigencies on the thinking life.”

“Notions of authority and gatekeeping and accountability.”

“The technology intricately bound to our mentality. All of the premises associated that will change.”

“One specific development within a very large, vastly distributed tendency fueled by the possibilities of the Internet.”

“Eroding the notion of the single subjective author as the locus of authority.”

“Organization now lateral and associative based on the link.”

And so on. Birkerts was much better speaking off the cuff. But one sees within this shaky torrent of phrases the main problem with Birkerts’s position. His complaints are centered exclusively around his own perceptive hang-ups. He did not cite any specific examples to justify his line of thinking. I pointed out to him that his gripes were primarily perceptive and conceptual, and he seemed to agree. Birkerts’s position was further parroted by Delbanco, who expressed a mild sense of terror at participating in a Slate roundtable because this involved sending his thoughts off into the ether. He was, however, slightly more open-minded than Birkerts. Slightly. Delbanco’s terror also equated to being unfamiliar with the form. It struck me that writers over a century ago must have had the same fear of the Remington typewriter that these guys have of the Internet today.

By far, the most reasonable participant was Davidson, who advocated blogging, but pointed out that blogging could not directly replace newspaper criticism. She pointed to both the constraints of word count within newspapers, and simultaneously observed that there were certain advantages of concision within the short-format blog post. She pointed to Caleb Crain’s behind-the-scenes approach to blogging, Colleen Mondor‘s well-rounded perspective, and numerous other blogs. She pointed to certain advantages to the blog form, including the ability to quote more of a textual example — something that newspapers were increasingly not in the habit of doing. I did hope that Davidson would be a little more contrarian about blogging. But unlike Birkerts, she had solid examples for her position. Birkerts, by contrast, essentially parroted the same stolid points over and over again, sounding very much like a broken 78.

I do not believe Birkerts to be an entirely inflexible intellect. He did address my line of questioning, which, in Birkerts’s defense, involved excessively effusive delivery on my part. But he did appear quite bored to be sitting in a Columbia classroom. When I came up to him afterwards, he wanted to get the hell away from me as quickly as possible. But I gave him my card.

It has become evident that the biggest problem with this “debate” is the surfeit of stubborn souls unwilling to consider the alternative form, whether it’s the blogger who refuses to consider the virtues of editing or thinking through his post a bit or the print advocate so terrified of anarchic fun that he cannot find it within himself to trust his instinct from time to time. I’d like to think that this can be bridged. But in the meantime, where does this leave the wondrous fitzroya?

(For another take on the talk, go here.)