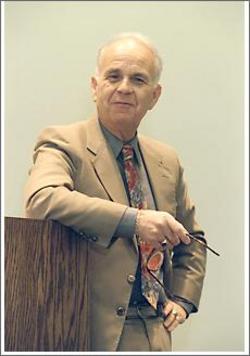 I am certainly not a fan of Salman Rushdie’s limitless capacity for self-promotion, but I am even less enamored of smug academics who wish to split hairs over the term “censorship” to serve their partisan purposes. Rushdie, of course, expressed understandable umbrage over Random House’s decision to withdraw Sherry Jones’s debut novel, The Jewel of Medina from publication. Random House pulled the book because it feared that Jones’s book “could incite racial conflict.” This was, of course, a decision that was every bit as cowardly as those who stood against desegregated schools in the 1960s and 1970s. A bigot during those times might likewise oppose this small step for humankind by claiming that busing kids into other neighborhoods “could incite racial conflict.” It is, in other words, a speculative proposition. A decision based on a peremptory what if. The “all Americans need to watch what they say, watch what they do” form of fearmongering popularized by Ari Fleischer is now just as applicable to spineless corporate goons who fail to consider that controversy has also been known to sell. (Indeed, in Rushdie’s case, The Satanic Verses sold very well indeed.)

It is also true, however, that Random House is free to publish or decline to publish whatever it likes, and its decision to do either has nothing whatsoever to do with the Western tradition of free speech or any other high-sounding abstraction.

Change “Random House” to “Stalinist Russia” and Fish shifts from a capitalist crusader into a bona-fide apparatchik. But never mind that. In examining the etymology of the word “censor,” one must go back to the Roman era when magistrates were then in the habit of legislating public behavior and morality. To be as literal-minded as Fish (censorship only applies to government entities and not the free market), it seems to me that “censorship” is no longer viable as a noun, given that the Roman Empire is no longer around. Fish’s argument is an example of an equivocation. If I tell you that an bird must fly, and I then tell you that what cannot fly is grounded, and I point out that an ostrich is grounded and therefore cannot be a bird, you wouldn’t accept the terms of my argument. In fact, you would string me up and inform me that I am a moron, which would be a well-deserved assessment. And yet Fish has done the same thing with the term “censorship.”

Of course, Rushdie didn’t just use the word “censorship” in his letter to the Associated Press. As Bill Poser has pointed out, Rushdie used the phrase “censorship by fear,” conveniently elided by Fish to serve the terms of his fallacious argument.

Fish does offer a somewhat more valid thesis by comparing the restriction of Jones’s book to a library refusing to stock a book from the shelves. Unfortunately, he makes a comparison that is patently unmeasurable to what befell Jones. He claims that if you can’t get a book from the library, “[y]ou can still get it from Amazon.com or buy it in Borders.” But Jones’s book is not available anywhere else. It was dropped by Random House — i.e., it won’t be published. And, as the record shows, a Serbian publisher stepped in to print 1,000 copies, but stopped the presses when it received protests from a Belgrade mufti. What Fish doesn’t seem to understand is that you can’t obtain this book anywhere else.

If I wanted to go out and purchase a copy of Jones’s book right now, I simply couldn’t. Random House has thereby operated in a lieu of a government body and prevented this book from being distributed to a mass audience. An act of censorship applies to the writing, not the writer. It doesn’t matter that Jones hasn’t been imprisoned for her words. That Fish cannot understand this suggests that he hasn’t paid attention to the media developments of the past twenty years, in which imprisonment has been replaced by the penalty of being denied the airwaves or, in this case, denied a publisher, with contractual details preventing or delaying alternative means of distribution.

Rushdie is absolutely right to declare this “censorship by fear.” “Censorship by fear” is now the way in which magistrating “indecent” material occurs, whether it be networks terrified of airing Janet Jackson’s nipple and facing stiff FCC penalties, an NPR regular who fears speaking unscripted or like an actual human, or a cowardly publishing conglomerate who adds a morality clause to a YA writer’s contract or stubs out a novel because of Denise Spellberg’s threats of a lawsuit. Make no mistake. This is censorship, 21st century style. And it’s as American as apple pie.