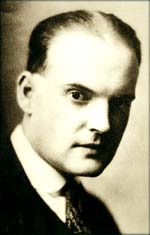 While doing research to improve my ability to write about literature (because let’s face the facts: professional or not, humility is good for the evolving writer), I stumbled across an impressive and really informative critic — some guy named Edmund Wilson. Wilson covered a broad range of books and actually thought things out to prevent himself from stating foolish declarations in his reviews. He didn’t feel the need to dismiss anyone else who wrote about books. He actually analyzed their arguments and responded in a fair and amicable manner. He had such a love of literature that he offered his editorial services for Fitzgerald’s two posthumous volumes. He wasn’t paid a dime for this, which I suppose makes him, in part, an amateur.

Wilson was so fearless in his criticism that he even lost his friendship with Nabokov because he dared to tell the truth. He wasn’t afraid to state what was on his mind and never resorted to passive-aggressive potshots directed at other critics when writing about the state of literature. Wilson read widely and in multiple languages. When reviewing a book, he would read the author’s entire oeuvre, not just the book in question. He thought of himself as a journalist more than as a critic, and, as a result of this humility and broad-mindedness, nabbed bylines in The New Republic, Vanity Fair and The New York Review of Books.

I think about folks like Wilson when contemplating why so many print critics are intimidated by bloggers, when all we’re really asking them to do is raise the bar and become aware of the books that we seem to be reading and they seem to be ignoring. But it’s worth going back to Wilson. He’s an intellectual gold mine.

[UPDATE: A note to John Freeman, since he inspired this post and doesn’t have the cojones to address me, one of the apparent podcasting hacks, in a direct and honest manner. (And really I’m happy to listen to anything Freeman has to say, no matter how vitriolic. Unlike Freeman, I not only value my critics, but learn from them.) If you’re going to take the piss out of me, at least have the decency to spell Don Swaim’s name correctly. I may be a mere blogger, but at least I know how to spell. This is also extremely disrespectful to Swaim’s great legacy. I know this, because I’ve listened to many of the man’s interviews myself to make the Segundo shows better. (Oh, and since we’re dicking around with who interviewed notable people first, not that such a childish claim over who’s been around longer should matter, I interviewed Errol Morris in 1999, among many others in the late 90s. Do I get a prize? Should I provide my own Critical Outtakes?]