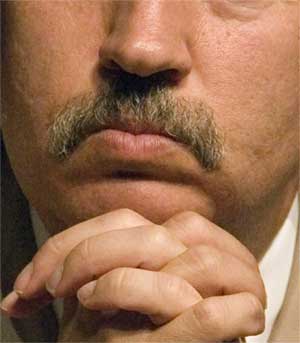 I had a bad day last Friday, a day considerably worse than Thomas L. Friedman’s, but it was an all-too-typical day for America. Because, as we all know, my own comforts and needs naturally reflect everything we need to know about America. Mr. Friedman has a ratty moustache. But I have a beard. Which means there are more follical receptors on my face for America to kowtow to my seer-like economic prophecies.

My day actually started well, where I was taking the collective virginity of three underage girls in Bathsheba, Saint Joseph, Barbados, pissing into the mouth of one, while observing two other descendants of slave laborers cry. The two crying girls had realized that they had made a big mistake, but, since I throw around money more carelessly than Thomas L. Friedman, they had agreed to my specific carnalities. I stood under the magic cabbage palm trees, and talked to my girlfriend back home, static-free, using a friend’s iPhone. Then I played around with the iPhone Fart App, and sent a few snarky emails to Paul Krugman. (Krugman may have won the Nobel, but he refuses to understand the joys of being alive. He insists on being thoughtful, and refuses to remain ecstatically ignorant. He insists that the economic underclass is composed of real people with feelings. I do not understand.) A few hours later, I took off from the Grantley Adams International Airport, after riding out there in a taxi that thankfully did not permit me any glimpse of the downtrodden. I was surrounded by rich and wonderful white people! The wireless connectivity was so good I was able to enjoy porn on the Web the whole way on my laptop.

Landing at Kennedy Airport from St. Joseph was, as I’ve argued before, like going from Mr. Belvedere to Family Matters. St. Joseph was like enjoying Christopher Hewett sparring with Brice Beckham. But you knew that Mr. Belvedere always held the upper hand and that you were paying him a lot of money, that your comforts were never interceded by the troubling presence of black people, and that good money could always be used along the way to mold assorted people like golems into the figures you needed. But at Kennedy, there was a sargasso sea of low-class Urkels to endure while picking up your luggage. Other people, who made considerably less money than I did, actually had the effrontery to stand very close to me. (Couldn’t we at least supply foreign visitors with a complimentary whore, who will willingly bob up and down on your cock and tell you what a genius you are as you wait for your precious luggage?) As I looked around at this dingy room, it reminded me of somewhere I had been before. Then I remembered: It was when I first started out as a journalist and the women wouldn’t sleep with me and they all laughed because I didn’t yet write books that were international bestsellers and that regularly insulted the intelligence of thinking people.

I then went to Penn Station, where I traveled in something that people called a subway. I saw a rat scamper underneath the tracks. I took the E line. On the train, there were odious buskers who asked me for change. There was even a man who appeared on the train with his wife and daughter, announcing that he had become unemployed because of the recent job cuts and telling all who would listen that he needed money. How dare he interrupt my ruminative ride home! How dare he attempt to usurp my happy reality! I pondered punching him into the face or maybe hiring his wife and daughter to service me, or even urging him in the strongest possible terms to read my book, The Carrera and the Olive Branch. There needed to be a way to get this man to control himself. Along the way, I tried to use my cellphone to send a picture message of my expensive chateau in the Hamptons to Paul Krugman, just to spite the bastard, but I could not receive a signal within this goddam sewer.

All I could think to myself was: If we’re so smart, why do people like me have to suffer? What has become of our infrastructure, which is crucial in subsidizing men who fall into the highest income bracket?

My fellow Americans, we can’t continue in this mode. We’ve indulged ourselves for too long with this uppity talk of Main Street, when we really need to provide for the needs of Wall Street, even if it means executive suites and high-priced hookers. It is absolutely vital that people like me have everything they want, no matter how spurious the possession may seem to Joe Sixpack, in this economic downturn. It is also important that this nation accommodate my rich Redwood-sized ego at every turn.

John Kennedy grew up in a privileged environment. Obama needs to lead on us a journey to rediscover the importance of privilege, where we can then maintain our wondrous disparity between the haves and the have nots, and I can jet around the world without thought or guilt, hiring anyone who makes under $40,000 a year to serve as a professional footstool to prop up my pedicured feet. The new president should enact legislation to ensure that the nation mourns if my type is ever pied in the face again.