House Resolution 888 (presumably 666 was unavailable) aims to celebrate and glorify a little bit of that ol’ time religion in a very big way. The resolution, introduced by Rep. Randy Forbes of Virginia and signed on and unquestioned by 31 co-sponsors, wishes to “rejec[t], in the strongest possible terms, any effort to remove, obscure or purposely omit such history from our Nation’s public buildings and educational resources.” It also wishes to set up an “American Religious History Week” each year “for the appreciation of and education on America’s history of religious faith,” although the resolution’s litanies are curiously Judeo-Christian in priority. (Where other civilized nations remain capable of walking and chewing bubble gum on this topic, it appears that, when it comes to religion, the United States can only concentrate on one religion at a time. There was no greater example of this deficiency in national character than last Sunday’s “Islam Issue” of the New York Times Book Review.) 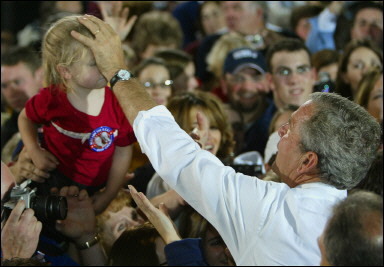 I’m fine with the appreciation and education of American history. I’m not so fine on politicians seeing deities and religious influence in every corner and demanding that the country be “educated” about it. In examining Forbes’s endless “Whereases,” I’ve found more than a few historical humdingers and at least one egregious prevarication.

Whereas the Supreme Court of the United States affirmed this self-evident fact in a unanimous ruling declaring `This is a religious people … From the discovery of this continent to the present hour, there is a single voice making this affirmation’;

The specific case being quoted here is the 1892 case, Church of the Holy Trinity v. United States (143 U.S. 457). But it was Justice David Josiah Brewer who stated this in the opinion, which was not based upon upholding religion, but concerned whether an Act “to prohibit the importation and migration of foreigners and aliens under contract or agreement to perform labor in the United States” applied between an alien and a religious society. And while Brewer’s words do regrettably speak for the Supreme Court, it is highly disingenuous to suggest that the ruling, which dwelt upon an entirely separate decision, had to do explicitly with religion.

Whereas political scientists have documented that the most frequently-cited source in the political period known as The Founding Era was the Bible;

Since the bill fails to cite any specific political scientists, I must conclude that they are referring to the claims made by two University of Houston researchers, where it was demonstrated that of the purported 94% of all Founding Father Biblical citations (or conclusions based on the Bible), 60% of these citations were from the latter and the sources were unclear. Much, it would seem, as Forbes prefers to conjure up the ghosts of “political scientists” as he goes along.

Whereas the first act of America’s first Congress in 1774 was to ask a minister to open with prayer and to lead Congress in the reading of 4 chapters of the Bible;

If we are presumably talking about the First Continental Congress who met at Carpenter’s Hall starting on September 5, 1774, is this truly “America’s first Congress?” The First Continental Congress met up two years before the Declaration of Independence was agreed upon, thus technically making it more of a British colonial congress (or a response to oppressive conditions) rather than a United States congress proper.

How do outside religious activities pertain to what Congress does within its halls? If Congress attends a stag party en masse, we don’t ask for a “Scotch and Hookers History Week?” (Or since we’re talking about Rep. Forbes, why not an “Abramoff Corruption History Week?”)

Whereas upon approving the Declaration of Independence, John Adams declared that the Fourth of July `ought to be commemorated as the day of deliverance by solemn acts of devotion to God Almighty’; 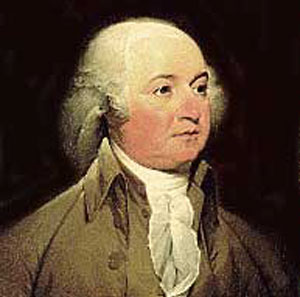 Well now, let’s take a look at that letter Adams wrote to his wife Abigail on July 2, 1776. First off, Adams was tickled pink that the Continental Congress had that very day unanimously approved the Declaration of Independence. Which is no different from yelling “Holy shit!” when some particularly great news has poured into one’s ears. The fecal matter in question is not necessarily holy, but the speaker is certainly excited. Nevertheless, here’s the full paragraph that Adams wrote:

But the day is past. The second day of July, 1776, will be the most memorable epocha in the history of America. I am apt to believe that it will be celebrated by succeeding generations as the great anniversary festival. It ought to be commemorated, as the day of deliverance, by solemn acts of devotion to God Almighty. It ought to be solemnized with pomp and parade, with shows, games, sports, guns, bells, bonfires, and illuminations, from one end of this country to the other, from this time forward, forevermore.

Clearly, deities weren’t the only thing on Adams’s mind. This was an excitable moment in which Adams was rattling off many of the ideas to his wife in Braintree. Adams was lonely in Philly, a bit busy contemplating nothing less a major revolution (inarguably a political achievement far more profound than anything Forbes has planned in his life). So I think, under the circumstances, he should probably be cut some slack. Besides, what of these other ideas that Adams had in mind? What of “guns, bells, bonfires, and illuminations?” It’s a pity that the only people who seem to get together to educate themselves on these topics are libertarians.

Whereas 4 days after approving the Declaration, the Liberty Bell was rung;

Whereas the Liberty Bell was named for the Biblical inscription from Leviticus 25:10 emblazoned around it: `Proclaim liberty throughout the land, to all the inhabitants thereof’;

To take these two items at once, while it is true that the Liberty Bell’s inscription was taken from Leviticus 25:10, the Bell was commissioned not to celebrate religion, but to commemorate the 50th anniversary of William Penn’s 1701 Charter of Privileges. Penn was a big God-loving man himself, but he, nevertheless, had this forward-thinking idea:

That no Person or Persons, inhabiting in this Province or Territories, who shall confess and acknowledge One almighty God, the Creator, Upholder and Ruler of the World; and profess him or themselves obliged to live quietly under the Civil Government, shall be in any Case molested or prejudiced, in his or their Person or Estate, because of his or their conscientious Persuasion or Practice, nor be compelled to frequent or maintain any religious Worship, Place or Ministry, contrary to his or their Mind, or to do or super any other Act or Thing, contrary to their religious Persuasion.

Well, gee, that sounds like a guy who was pretty hands-off when it came to enforced church going. Funny. When you start examining the specific reasons why certain symbols were established, the origins appear decidedly more tolerant than Bible-thumping pettifoggers like Forbes concocting 21st century malarkey.

Whereas in 1777, Congress, facing a National shortage of `Bibles for our schools, and families, and for the public worship of God in our churches,’ announced that they `desired to have a Bible printed under their care & by their encouragement’ and therefore ordered 20,000 copies of the Bible to be imported `into the different ports of the States of the Union’;

The Daily Kos would prefer to declare this a lie without bothering to look this up. And that’s a very bad precedent for any thinking individual. The specific claim was promulgated in William Joseph Federer’s America’s God and Country Encyclopedia of Quotations (p. 146, if you can access it through Google Books). Federer claimed that, on September 11, 1777, the Chaplain of Congress, Patrick Allison, brought this matter to Congress’s attention and that the Committee of Commerce was ordered to import 20,000 copies of the Bible from Holland. Except that, according to the Library of Congress, this did indeed happen. 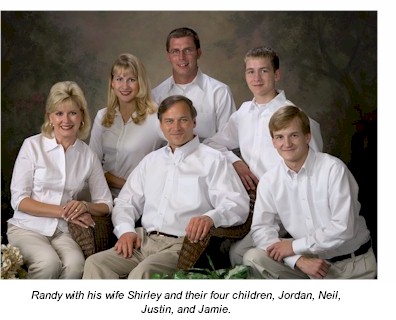 The bullshit actually comes from Forbes, who puts phrases into Rev. Allison’s mouth that, as we can see and unless I can be proven wrong, simply don’t exist on the official record available to the public. Allison got Congress to move the Bibles not because Congress “desired to have a Bible printed under their care & by their encouragement,” but because, as the record states:

The committee appointed to consider the memorial of the Rev. Dr. Allison and others, report, “That they have conferred fully with the printers, &c. in this city,and are of opinion, that the proper types for printing the Bible are not to be had in this country, and that the paper cannot be procured, but with such difficulties and subject to such casualties, as render any dependence on it altogether improper: that to import types for the purpose of setting up an entire edition of the bible, and to strike off 30,000 copies, with paper, binding, &c. will cost £10,272 10, which must be advanced by Congress, to be reimbursed by the sale of the books: (Emphasis added)

It was a general paper shortage that caused the Rev. Dr. Allison and others to figure out how books in general could be printed under the circumstances.

I’ve Googled around after typing all this, and discovered that Chris Rodda has also done some debunking.

Rep. Forbes’s bill is clearly that of a man quite willing to twist history to serve his religious purposes. It seems that Randy Forbes either does not know his history or he wishes to malign it by not citing events and context properly. On this basis alone, the bill should be rejected by any thinking representative. And if it is not, if a few Democratic cowards actually vote for this flummery because they fear that their constituency will view them as not “religious” enough, then it is time for them to be shamed. Just as that corporate buffoon Hillary Clinton got her ass handed to her in Iowa. The American people are not nearly so foolish.